Facebook called me an impersonator; here is my response 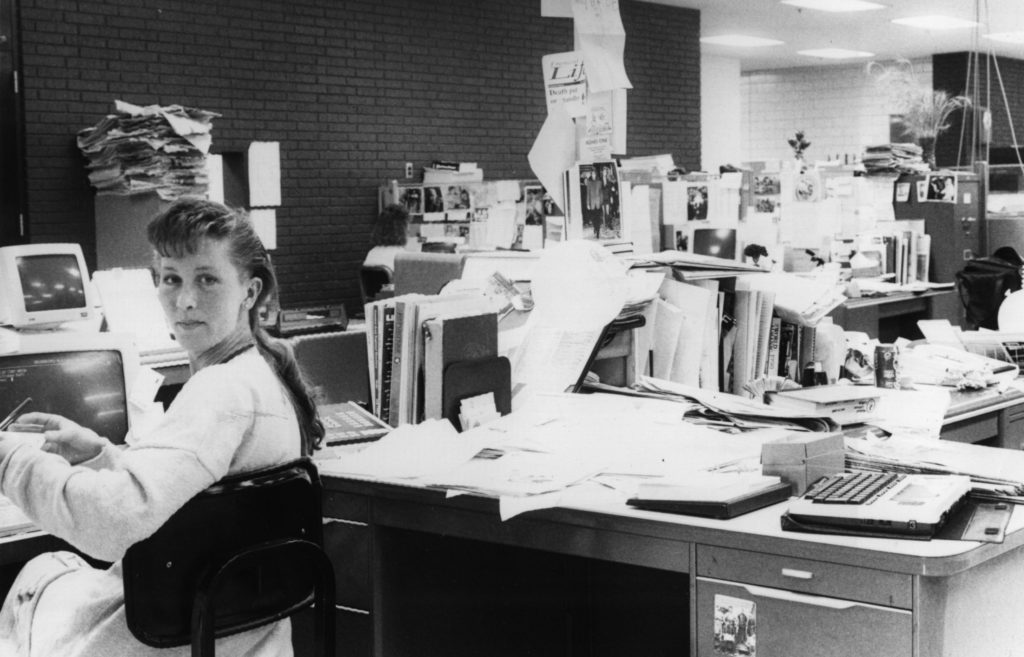 Journalist Cindy Hadish at the Fremont (Nebraska) Tribune in the early days of her reporting career.

UPDATE: July 9, 2021 — One year after Facebook “unpublished” Homegrown on Facebook, still no answer as to why and no reply from them.

Original Post: One month ago, on July 9, 2020, I found that my Homegrown Facebook page had been “unpublished.” No reason was given and there was no recourse. I thought it was a fluke that would soon be resolved.

A notice later popped up that said I wasn’t following “Facebook Page Policies” regarding impersonation.

“You can disagree with the decision, and we’ll use your feedback to make improvements on future decisions.”

I’m not sure if this was part of a crackdown on Russian bots or other foreign influence, and Facebook has offered no opportunity to plead my case as a journalist. So, I could object to the decision — basically by clicking a button that offered no option to provide a rebuttal — but due to the COVID-19 pandemic, no one would be able to respond.

That has certainly been the case. No response, no matter what I’ve tried. 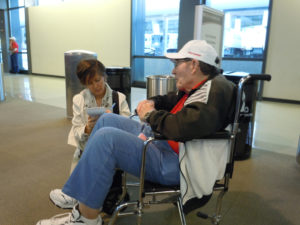 Reporter Cindy Hadish interviews a military veteran during an Honor Flight to Washington, D.C., in 2012.

I’ll admit, I haven’t pursued every means possible, if any exist. I read advice for having a page republished that involved deleting every post from the page to try to remove the offending piece, whether that’s selling cannabis, offering online gambling or other such scams.

Since I’m not involved in those types of activities or anything else that could be deemed in violation of their policies, taking down all of my posts would be akin to admitting to a crime I did not commit.

I’ve debated whether or not I wanted to stay on Facebook at all. Just days before my page was “unpublished,” a friend referred to Facebook and CEO Mark Zuckerberg as “plain evil.” At the time, I just shrugged.

I was reluctant to join years ago, and have since found it to be the biggest time-sucking entity ever invented. At the same time, it’s been effective at spreading the word about farmers markets, local nonprofits and events that I cover for free. 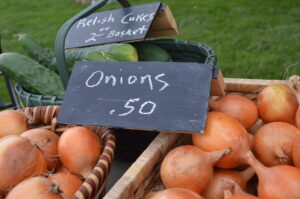 Onions and cucumbers are among the produce sold at the Toledo Farmers Market. (photo/Cindy Hadish)

The same is true for other groups and events I’ve been invited to cover. Just before Facebook unpublished my page, I posted about the opening of the Foxhole “Charlie” Bar & Grill and the Max Betenbender Military Exhibition Hall for veterans.

When residents in southeast Cedar Rapids up against ag giant Cargill were not getting a fair shake from city leaders, I’ve covered their saga.

And of course, there is the reason I started my Homegrown column in the Gazette long ago, as an outlet for my passion for gardening.

My degree is in journalism and that’s been my career for years. When I saw a need for COVID-19 coverage early in the pandemic, my background as a health reporter kicked in. 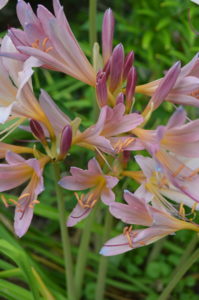 Given the conspiracy theorists and outlandish political backlash for fact-based coverage of the pandemic, my best guess is that someone who disagreed with the science in one of the posts made a complaint to Facebook. But really, I have no idea.

I started my Homegrown page a decade ago and it had a nice following of more than 1,600 readers; not a huge number, but a generally thoughtful and responsive group of people. When posts “go viral” it can reach tens of thousands and even more.

I’ve been thinking about those people and events that I’ve been covering, and would like to say something to Facebook, but I choose not to use expletives in my writing. So, one month after being unpublished,  I’m starting over from scratch.

If you’ve been a Homegrown follower, you can see the same type of coverage by following the new Homegrown Iowan Facebook page.

Maybe Facebook will decide at some point in time to re-publish Homegrown, but I’m not holding my breath.