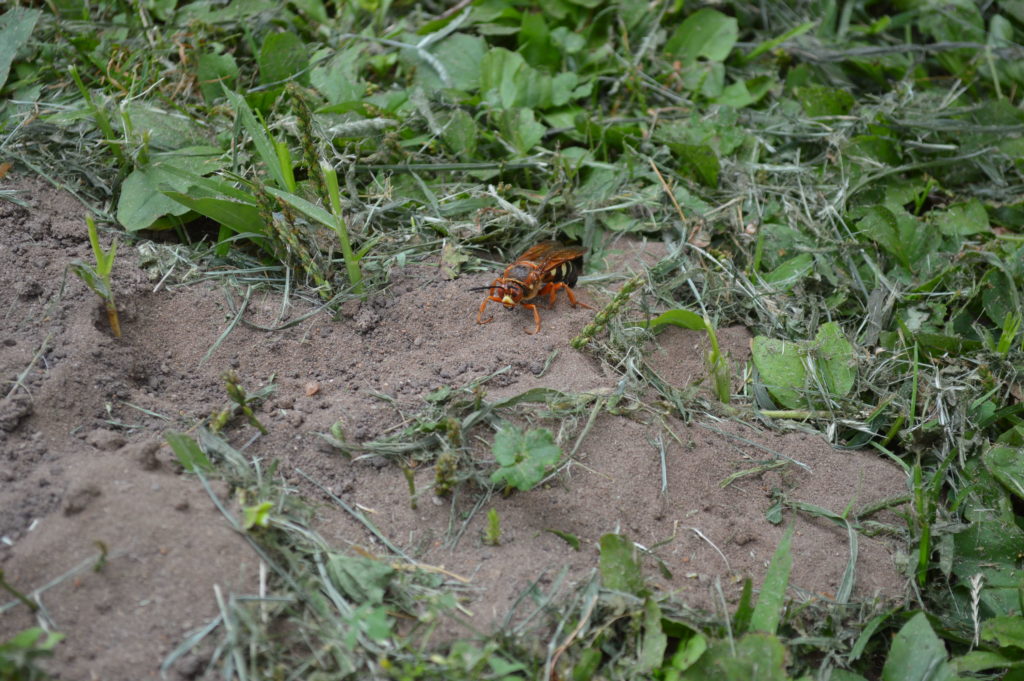 Donald Lewis, entomology professor at Iowa State University, reported this week that the department has been busy responding to reports of large wasps in Iowa, after extensive publicity about Asian giant hornets, also known as “murder hornets,” in Washington state.

“As expected, and after abundant publicity about Asian giant hornets in the Pacific Northwest earlier in the year, we have been busy this summer responding to reports about large wasps in Iowa,” Lewis wrote in the Horticulture and Home Pest News for Iowa State University Extension and Outreach.

All of the inquiries, however, have turned out to be native digger wasps, primarily the cicada killer wasp, he noted.

The cicada killer wasp is a native, common, and frequently abundant large wasp that is present every summer throughout the eastern two-thirds of the U.S., the ISU website notes. 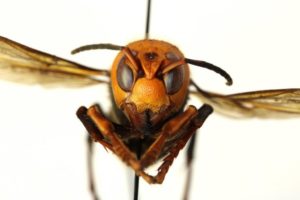 The cicada killer wasp is Iowa’s largest wasp at 1.5 inches long with stripes across the abdomen and orange-colored translucent wings. They are smaller than “murder hornets,” which measure up to 2 inches long. The department notes that there has been no evidence of Asian giant hornets anywhere in the U.S. outside of those found in Washington.

Cicada killers are generally harmless to people and are unlikely to sting unless they are handled..

Lewis said he appreciates that Iowans are watching for invasive species and encourages them to keep sending emails and images.

The cicada killers are solitary wasps; that is, they do not make a social colony with a queen, workers, and drones like honey bees and yellowjackets. Instead, they live independently without help from other members of a colony to share in the raising of young or the maintaining of a nest.

Each female cicada killer wasp works alone to dig and provision a nest for her offspring. Nest tunnels extending up to 24 inches deep are dug into the ground. Nests holes about the size of a quarter typically occur at the edges of flower beds or along sidewalks and driveways. 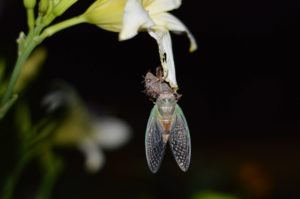 The female flies to nearby trees, where she captures annual cicadas and places them in cells located at the ends of the tunnel. One or two paralyzed cicadas are placed in each cell, and a single egg deposited before the cell is closed by the female, who flies away, never to return. The wasp larvae feed on the cicadas and develop into wasps that emerge the following summer.

Solitary wasps such as the cicada killer are unlikely to sting and are generally not a threat. The female wasp can sting, but won’t unless handled or threatened. They are not dangerous despite their large size. Stings inflicted by solitary wasps are usually not severe, but reaction varies with each individual.

Males cannot sting but are known for their territory-protection behavior of “patrolling” along sidewalks and driveways and “dive-bombing” at people, pets, and any other large insect that enters their territory.

The cicada killer wasp attacks annual cicadas – it is not a threat to honey bees, bumble bees, or other insects.

Wasps are generally beneficial, and a nest in an out of the way location where it is not likely to be disturbed should be left alone. Cicada killer wasps are a temporary annoyance; we believe cicada killer wasps can be safely tolerated most of the time. If, however, a nest is located where problems could arise, such as near the mailbox or a frequently used door, removal may be justified.

The Iowa State University Plant & Insect Diagnostic Clinic will identify Iowans’ insects, provide information on what it eats, life cycle, and if it is a pest the best ways to manage them.  See their website for current forms, fees, and instructions on preserving and mailing insects.

More: What to do about yellow jackets, wasps, bees and hornets 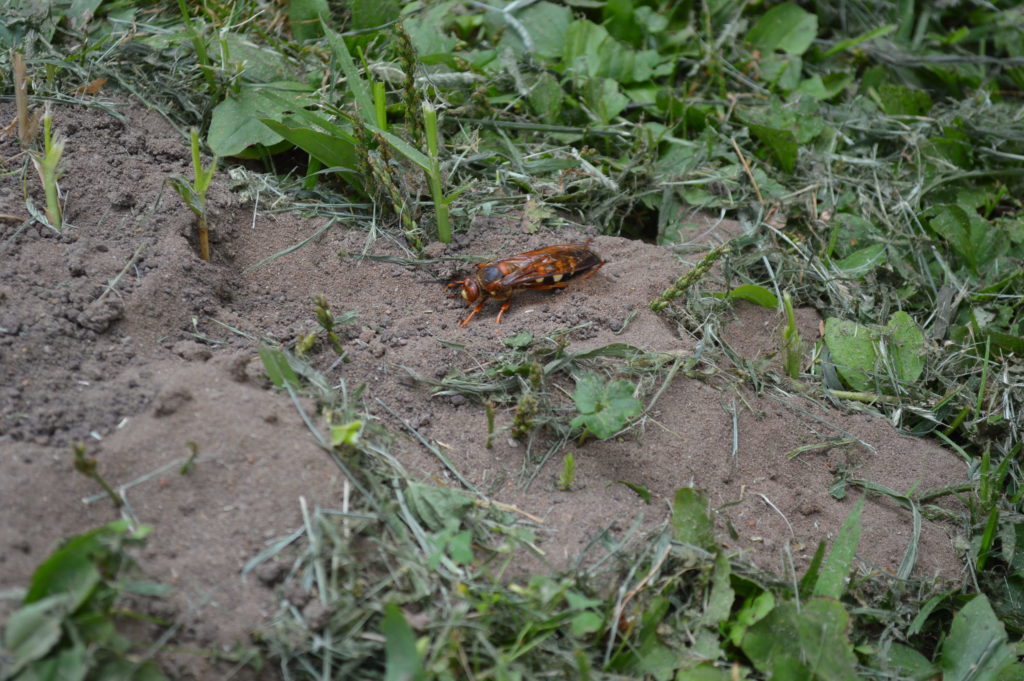 A cicada killer wasp emerges from its nest in the ground. (photo/Cindy Hadish)