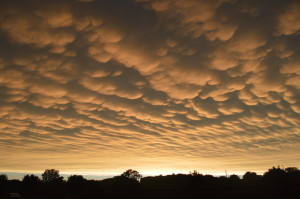 Iowa storms on June 20 led to the death of a Hiawatha woman. (photo/Cindy Hadish)

This news was just released tonight by the Iowa Department of Natural Resources:

Rebecca McCarty, 42, was camping with friends and family when she was struck by lightning while walking between camping spots shortly after 5:30 p.m. on Saturday, June 20, 2015.

McCarty was transported by ambulance to St. Luke’s Hospital in Cedar Rapids where she was pronounced dead.