As a Cedar Rapids native living near Czech Village, Houby Days was a part of my childhood, so I was happy to be involved in writing about this year’s upcoming three-day festival for the Czech Village Association.

Houby is the Czech word for mushroom and morel mushrooms are central to many of the events during the festival, scheduled for May 15-17.

Read about festival highlights in the following articles and find the full schedule on the Czech Village website.

CEDAR RAPIDS – Old world traditions and modern day fun blend together during the annual Houby Days festival, set for May 15-17, 2015, in Czech Village. 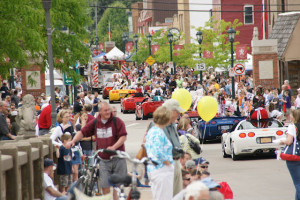 The Houby Days Parade returns to this year’s celebration after an absence in recent years. (photo/Czech Village Association)

“We have something for all ages,” said Mary Santana, chairwoman of Houby Days, vice president of the Czech Village Association and owner of MugShots Custom Printing, 72 16th Ave. SW. The shop is one of dozens of retail stores, restaurants, pubs and cultural venues in Czech Village, situated along 16th Avenue SW, next to the Cedar River.

Santana noted that the festival, which celebrates morel mushrooms (houby is the Czech word for mushroom) is in its 38th year. Even after floodwaters in 2008 inundated Czech Village, the area rebounded in time for the next Houby Days festival.

Keeping such traditions alive is key to the history of Czech Village.

The original Bohemian settlers came to Cedar Rapids in the mid-1800s, first settling on the east side of the river. An Irishman is credited for the city’s large Czech population. Thomas Sinclair opened the T.M. Sinclair & Co. meatpacking plant in 1871 in southeast Cedar Rapids. He found the Bohemians’ work ethic second to none and encouraged his industrious employees to contact family and friends back home to let them know they had a job in Cedar Rapids. Many villages in Bohemia saw family after family leave “the old country” for the new world. 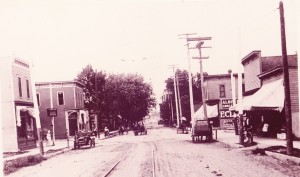 This 1910 photo shows the district in southwest Cedar Rapids that would become Czech Village.

At the end of the 19th Century, Bohemians began migrating to the west side of Cedar Rapids, first in residential areas, and later, forming a business district that would become what is now known as Czech Village. Not only Czechs, but other nationalities contributed to the vibrant setting that included bakeries, meat markets, blacksmiths, hardware stores and other businesses to meet the daily needs of the growing population.

The National Czech & Slovak Museum & Library began in modest quarters in a Czech Village house in the 1970s, and around that same time, the notion for an annual festival took root, with the first Houby Days celebrated 38 years ago. The museum – which moved a short distance and expanded after the flood – is now one of the top tourist attractions in Iowa, drawing an average of more than 40,000 visitors annually, while the festival has evolved into a three-day event, with parades, artisan and food vendors, a car show, children’s activities and more.

This year, Houby Days kicks off on Friday, May 15, with a carnival, bingo, vendors lining the street and music by FunkDaddies at the Kosek Bandstand.

Master Czech Folk Artist is behind every Houby Days button

Visitors to Czech Village can bring home their own piece of Czech folk art at a bargain price.

Master Czech Folk Artist, Marj Nejdl, has been designing the buttons for Houby Days since the early days of the festival, now in its 38th year.

The buttons, this year featuring a girl in ethnic dress sitting on a morel mushroom, are sold for $2 each at businesses in Czech Village in the weeks leading up to Houby Days and during the festival.

One in every 10 buttons is the winner of a prize that can be picked up at the information booth during Houby Days on May 16 or May 17. 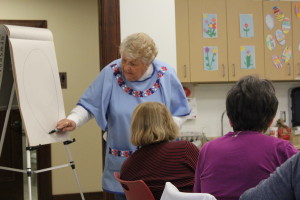 Nejdl has been immersed in Czech culture since her childhood, when she learned egg decorating techniques from her mother and uncle, and continues to remain active in several Czech groups, including the Sokol gymnastics organization.

She studied at the Chicago Art Institute and Ray Vogue Commercial Art in Chicago, and was designated a Master Czech Folk Artist by the Iowa Arts Council in 1982.

Nejdl was the first designer for the artwork once Houby Days began featuring buttons, and now wishes she had saved her full slate of art over the years.

“I don’t think the buttons started that first year, but I did quite a few,” Nejdl said, adding that the designs “just come to me.”

She provides the Houby Days organizers with several sketches from which to choose and paints with acrylics once the final design is selected.

While her artwork is highly prized and egg-decorating classes that she teaches are typically sold-out, Nejdl has never profited from the Houby Days buttons.

“I don’t charge anything,” she said. “This is my donation to Czech Village.”

Miss Czech-Slovak Iowa to be crowned during Houby Days

The 14th Miss Czech-Slovak Iowa Pageant will be held May 16, in conjunction with Houby Days. The Czech Heritage Foundation began sending Iowa contestants to the national pageant in Wilber, Neb., in 2002. Last year, 14 states were represented at the national competition, with more than $10,000 in cash and prizes awarded. 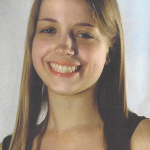 Young women between the ages of 18 and 25, who are unwed, have a Czech or Slovak lineage and have completed the application process compete in Iowa’s pageant. The winner of the state pageant receives a jeweled crown, sash, $1,000 cash award, gifts, flowers and sponsorship to Miss Czech-Slovak US in August. She represents her heritage by attending a variety of community events during her reign. 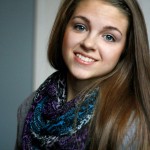 Ashley Pudil and Hannah Van Deusen are this year’s contestants. The public is invited to attend these events on May 16 in the Mitvalsky Room of the National Czech & Slovak Museum & Library: 1:30 p.m. – Kroj (traditional Czech or Slovak folk dress) Modeling; 1:45 p.m. – Oratory; 2:15 p.m. – Talent. The contestants also have a private interview with the judges. They are judged on their dignity, poise, charm, good manners, talent and personality. Other activities Czech Royalty will participate in that day include the Maypole Dance at 3 p.m., royalty introductions at 3:30 p.m. and Kroje Parade at 4 p.m.

Crowning of the new Miss Czech-Slovak Iowa will take place that evening at the Avacentre in Cedar Rapids, during a banquet featuring a delicious Czech meal. Tickets for the dinner are $20 per person and must be purchased by May 9. Call (319) 329-2534 for reservations. 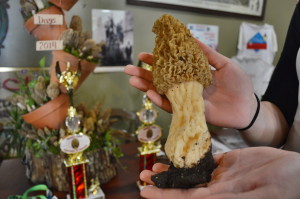