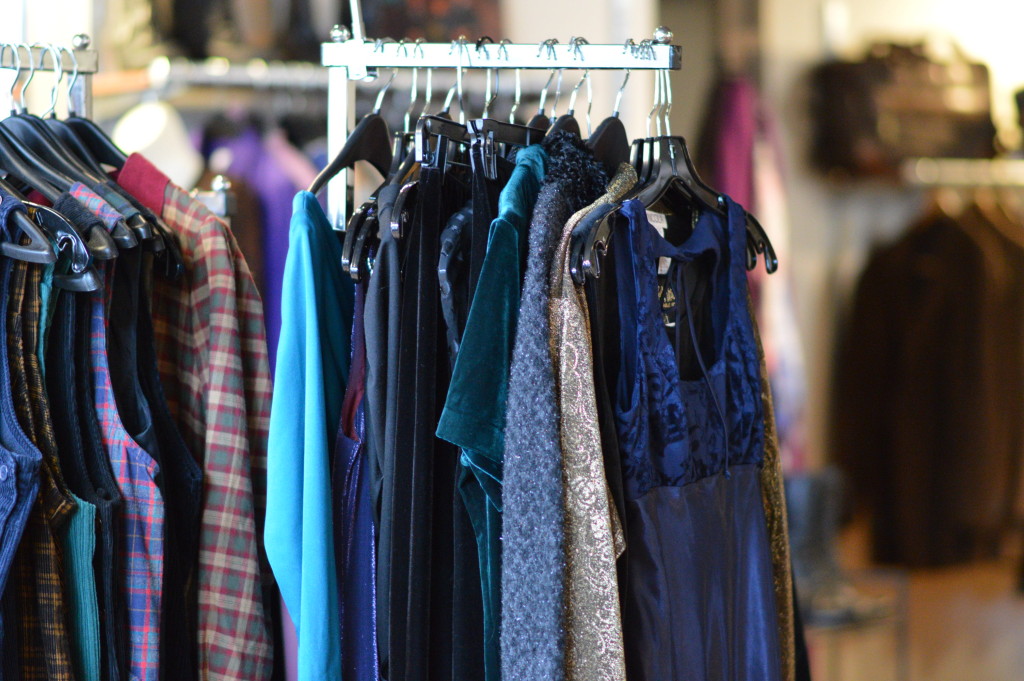 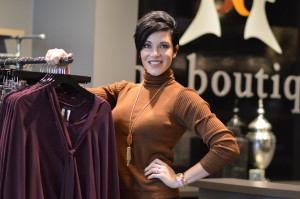 Meegan Hofmeister is shown in December 2015 in the shop she owns in New Bohemia. (photo/Cindy Hadish)

Ms. Hofmeister opened an upscale clothing shop in November 2013 in New Bohemia, an area known more for its dining and entertainment options than retail enterprises.

Two years later, the success of The Boutique, 1000 Third St. SE, is inspiring her to reach new heights.

“It wasn’t being done in Cedar Rapids,” Ms. Hofmeister said of high-end boutique stores. “That doesn’t mean there wasn’t a market for it.”

Kendra Scott earrings and necklaces glisten from jewelry displays; chic designer ensembles dress up the store windows and Paige Denim, Citizens of Humanity and Hudson Jeans line shelves inside the 1,500-square-foot shop. Prices range from $160 to $240 for blue jeans — the store’s most popular item — up to $300 for furs. 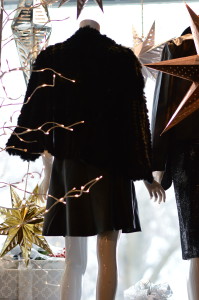 One customer likened The Boutique to a store from Chicago’s luxury Oak Street district that’s been “dropped into Cedar Rapids.”

In fact, Ms. Hofmeister often shopped in Chicago and elsewhere before deciding to open her own store in Cedar Rapids.

She saw the up-and-coming district as the natural place to locate, with attractions such as NewBo City Market just one block away and the popular Bata’s Restaurant next door.

She and her business partner originally opened as the Blonde and the Brunette, but changed to The Boutique about nine months later due to marketing conflicts with a California-based blogger with the same name.

While more businesses are opening in New Bohemia, the area doesn’t yet have the retail cluster that can buoy the success for all of the entities.

Raygun, known for its irreverent T-shirt designs, will open a 4,500-square-foot store in NewBo Station — a commercial/residential building still under construction — in March, Ms. Pruden noted, something that Ms. Hofmeister said she will welcome. 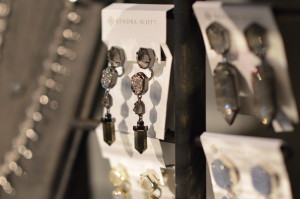 Kendra Scott earrings are among the items sold at The Boutique in Cedar Rapids. (photo/Cindy Hadish)

“We couldn’t ask for a better neighbor,” she said, citing Raygun as a draw for customers, with products that won’t directly compete with the designer clothes sold at The Boutique.

Other than The Boutique, retail clothing stores in the district, including Czech Village across the Cedar River, are few and far between.

Ms. Pruden said many retailers in the district diversify their offerings to include clothing, accessories, home decor, specialty items and services to reach a broader customer base.

Hearthstone Gifts & Supplies, the previous name of her business, carried supplies for organic bath and body products, candle- and soap-making and other do-it-yourself projects, including fragrance oils and essential oils.

Her new location, with more space, carries those same supplies, with the addition of loose leaf teas and herbs, along with clothing and shoes.

Besides being a destination for the mostly female do-it-yourself customers, Ms. Rosenberger is now seeing more men and a younger crowd who seek vintage apparel.

“There’s definitely a demand for something different, other than what the chain stores sell,” she said. “People want to create their own, unique look.”

The Copper Alligator, 65 16th Ave. SW, specializes in vintage fashions, including retro clothing, hats and shoes, with an array of other eclectic items. Owner Mia Suntken opened in March 2012 and offers a small amount of online sales, as well, something that Ms. Hofmeister hopes to soon explore for The Boutique.

Ms. Hofmeister also has been collaborating with other business owners; for example, holding a recent fashion show with nearby Moods Salon and Spa, 905 Third St. SE.

Her biggest lesson in the past two years is one she is willing to share with other aspiring entrepreneurs.

“Trust your crazy ideas,” she said. “That’s usually where your passion lies.” 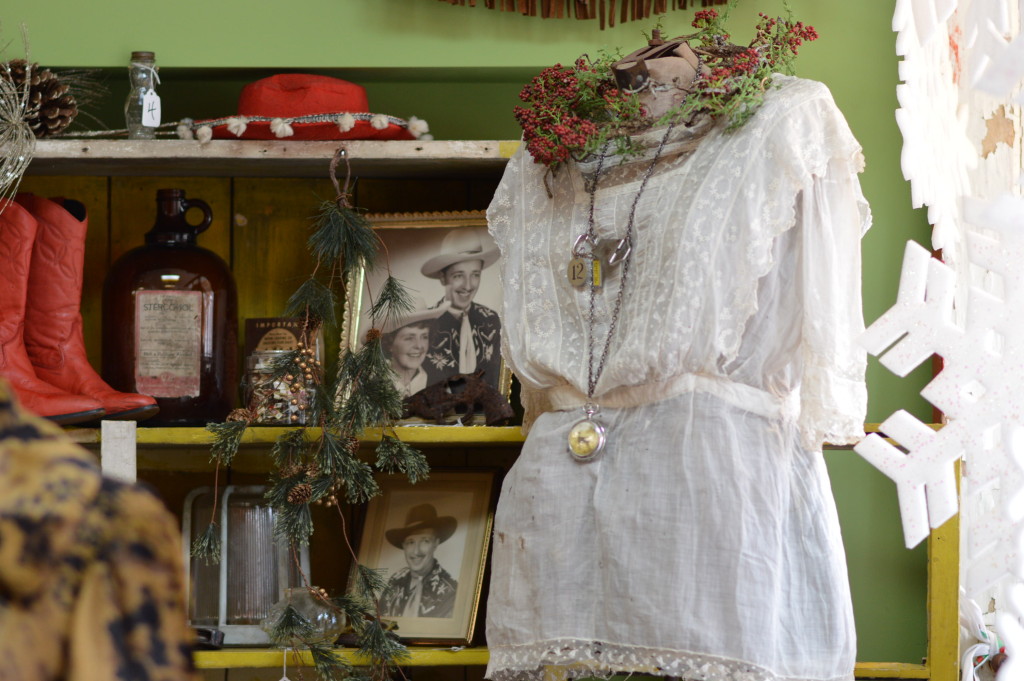 The Copper Alligator, 65 16th Ave. SW, in Czech Village, specializes in vintage fashions, including retro clothing, hats and shoes, with an array of other eclectic items. (photo/Cindy Hadish)