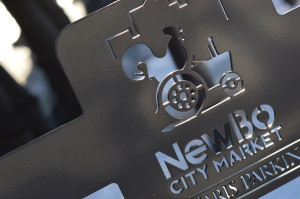 CEDAR RAPIDS – It’s hard to believe it was only a little over three years ago that the NewBo City Market opened its doors.

Since then it has hosted numerous events such as culinary classes, BBQ & Brew, Meet Me at the Market and even political rallies.

But the market has been without a leader since the departure last year of Executive Director Kristie Wetjen. That changed today, with the announcement of the hiring of Scott Kruger.

Learn more about the market and read on for more about today’s announcement from the NewBo City Market:

(Jan. 15, 2016) Dean Spina, President of the Board of Directors of NewBo City Market has announced that Scott Kruger has been chosen as the new Executive Director of the Market. Kruger has more than sixteen years’ experience working in fund raising and nonprofit management, including positions with KCCK public radio and the University of Iowa Law Foundation. He will start later this month. 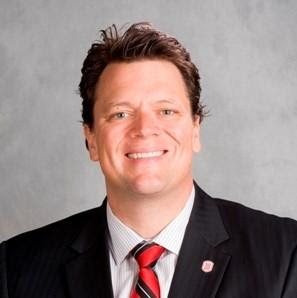 According to Spina, “Scott’s training, experience and insights are perfectly suited to take the Market to the next level. In its first three years, NewBo City Market has already become a major destination in Cedar Rapids and Eastern Iowa. The many supporters of the Market envisioned a venue that would serve as a meeting place and a source of fresh food and fun. That vision is being realized and our visitors can expect even more in the future.”

Kruger is a graduate of Jefferson High School. He studied at the University of Iowa, where he earned an undergraduate degree and a law degree. He has almost completed a Master of Arts program in Journalism and Mass Communication.

“When my family returned to eastern Iowa two years ago, it was exciting to discover everything new in my hometown,” Kruger said. “We have enjoyed the Market’s merchants and events and now I am thrilled to be a part of this wonderful and unique destination. I look forward to working with the chefs and artisans in the market, to facilitating new opportunities for local business entrepreneurs, and to building stronger connections with our neighbors and the community in order to help the NewBo City Market grow into the future.”

NewBo City Market is a 501(c)(3) nonprofit organization that provides affordable, small retail spaces for twenty-two small businesses that provide locally-produced food and other products. The Market also holds many free events and programs for the community, such as Meet Me at the Market and BBQ and Brew. NewBo City Market, located at 1100 Third Street SE, is currently open Thursday through Sunday. The Market’s website is www.newbocitymarket.com.