Stirring up a hornet’s nest: what to do about yellow jackets, wasps, bees and hornets 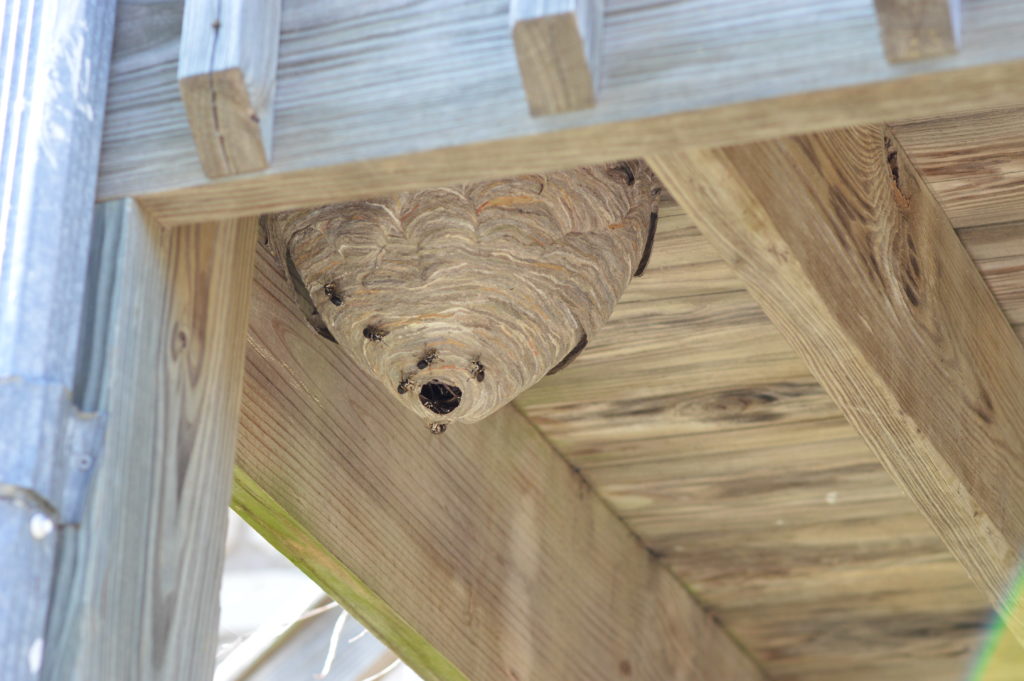 Hornets fly into a nest in southeastern Iowa in July 2017. (photo/Cindy Hadish)

Dawn Lively had a conundrum. Some type of buzzing, stinging insects had moved into a clothesline pipe near an area of the yard that she and her husband often used.

Homeowners might attack any type of stinging insect with the deadliest force possible, but Dawn was looking for a more natural approach, especially if the insects turned out to be honeybees. 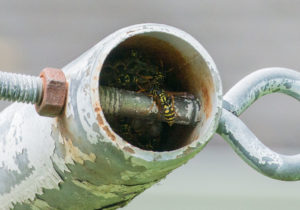 What might be European paper wasps built a nest in this clothesline pole. (photo/Dawn Lively)

Beekeepers often are able to move bees out of trees or homes where they have taken up residence, but a local beekeeper noted that honeybees would be unlikely to move into a 2-to-3-inch pipe. Still, Dawn wanted to identify what was buzzing around their yard.

She shot photos of the nest and the insects, which appear to be yellow jackets or paper wasps, and in the end, the couple’s landlord eliminated the wasps and sealed the pipe with foam.

Paper wasps and bees are beneficial insects, but if a family member is allergic to stings, finding the best course of action can be challenging. 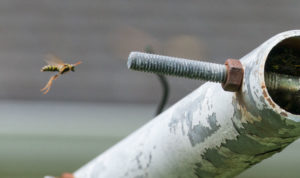 Plenty of chemical sprays are available to eliminate wasps, but homeowners should first determine what type of insect has taken up residence. Experts note that if the insect is outdoors and not disturbing anyone, the best course of action is to do nothing.

Wasps and bees can be social, building large colonies, or solitary. Thousands of varieties exist, with most considered beneficial and some varieties used in pollination of crops, as well as controlling pests on crops.

Yellow jackets, with alternating black and yellow body segments, are those nuisances that tend to hang out near garbage cans and get into your sweet drinks during summertime picnics. Like other wasps, each yellow jacket is capable of stinging multiple times. On the other hand, they, like other wasps, can be considered beneficial insects for their diet of flies and other pests. 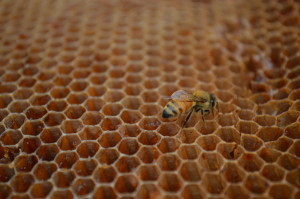 Honeybees have been under threat from pesticide use and other factors. (photo/Cindy Hadish)

The pest company, Orkin, notes that yellow jacket nests constructed inside a home or other building can be tricky. The yellow jackets’ entrance must never be sealed until all of the nest’s yellow jackets are dead. If the entrance is sealed, members of the nest will try to escape the void through the inside of the structure and create a stinging hazard inside the building.

Bees, particularly the non-native honeybees, have suffered population losses in recent years due to pesticide use and other factors. If a bee hive is in a place where they pose a danger, call a beekeeper to see if they can be removed. Find a list on Iowa’s Honey Producers website. Solitary bees, which also are important pollinators, can be left alone and will generally leave you alone.

ThoughtCo offers a perspective on controlling paper wasps on their website and find more photos of waspy flying things at The Bee Guy. 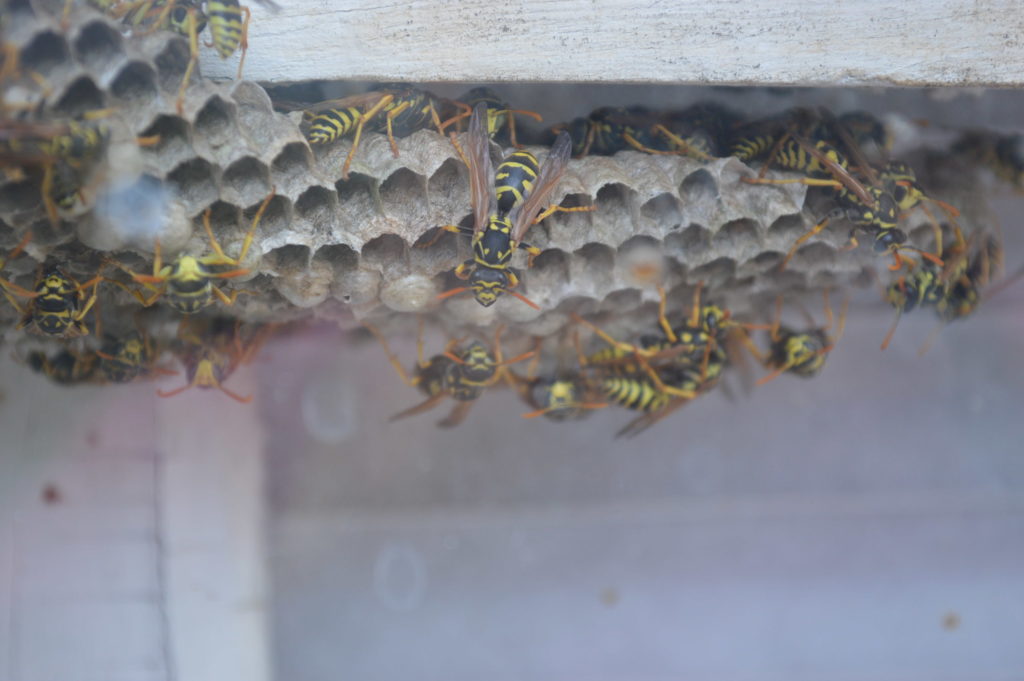