What survives a hard freeze? 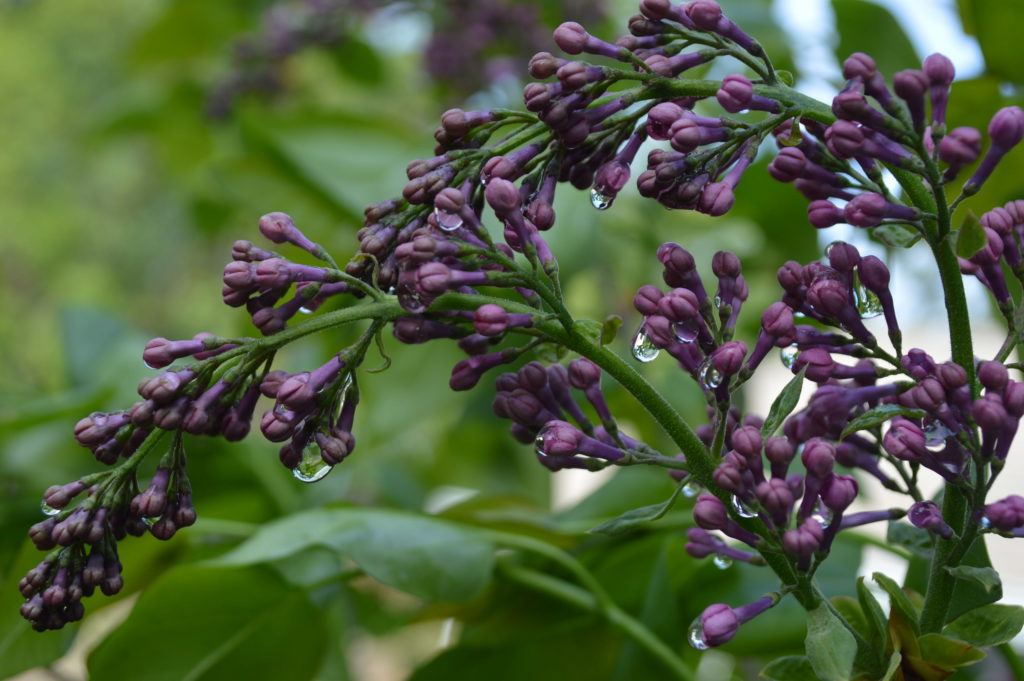 Lilacs dripping from the snow that fell in Iowa on April 27 should rebound with warmer temperatures. (photo/Cindy Hadish)

With temperatures dipping into the 20s last night, parts of Iowa were under a hard freeze warning between April 27 and 28.

Hopefully, gardeners heeded the Czech “Three Kings” warning and hadn’t yet planted peppers, tomatoes and other tender crops, but in case you missed it, keep it in mind for next year. 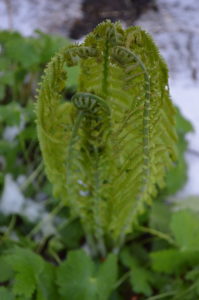 Ostrich ferns continue to grow in a backdrop of snow on April 28, 2019, in Cedar Rapids, Iowa. (photo/Cindy Hadish)

A hard freeze, or hard frost, in late spring can decimate apple, cherry and other fruit trees that are already in bloom, so depending on how far along they had progressed, the damage remains to be seen.

Similarly, tulips and other bulb plants already flowering could be affected by a hard freeze. Representatives in Pella said there was no indication of a freeze among the already blooming tulips ahead of their annual festival in central Iowa.

Check out the Pella website for updates on the Tulip Festival, happening May 2-4, 2019.

Perennials, such as hosta and daylillies, are hardy plants and should survive occasional frost unscathed.

Cold-hardy vegetables, including peas, kale and Brussels sprouts, also should be fine.

Now with a layer of snow cover, northeastern Iowa may have reached that definition, but other parts of the state appear to be lucky and escaped much of the damage.