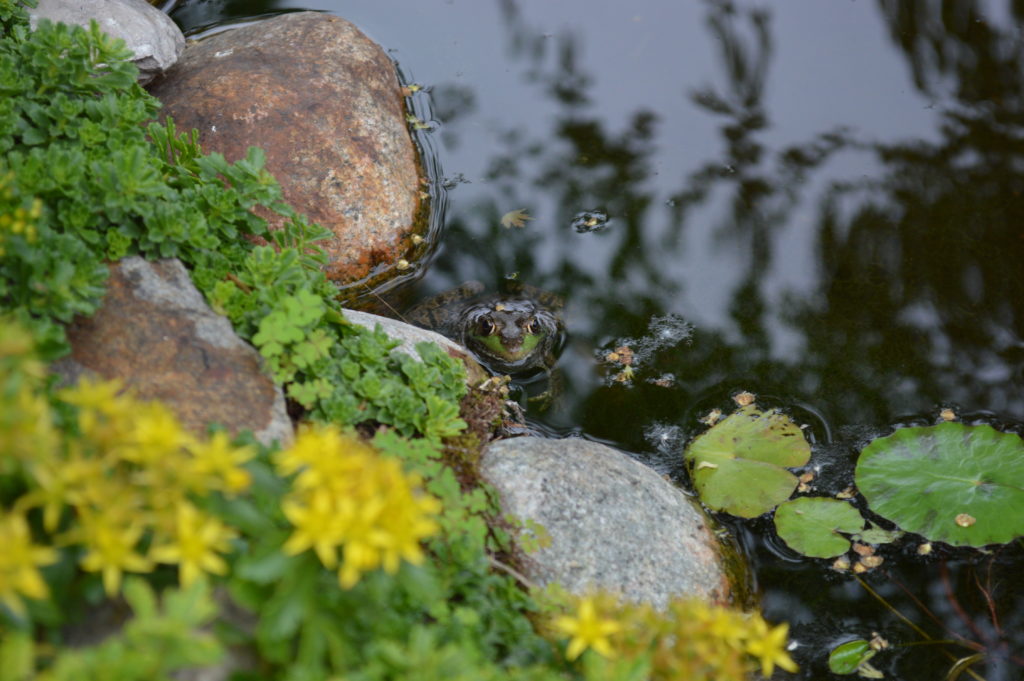 A frog peeks out of a pond in a backyard in Cedar Rapids that was once nearly devoid of life. Water lilies float on the pond, while Kamchatka stonecrop (Sedum kamtschaticum) blooms yellow as it hugs the stones lining the water’s edge. Three frogs make their home in the backyard pond, along with many other forms of wildlife. (photo/Cindy Hadish for Iowa Gardener)

In a backyard once nearly devoid of nature, dozens of fish zigzag in the water, a frog peeks out near a lily pad and a robin alights on a stone to sip from a pond.

The scene is tranquil, with the landscaping intentionally designed to draw in wildlife. Monica Morley and her mother, Elena Murillo, have spent nearly 15 years transforming what was merely a grassy slope in a new Cedar Rapids development into a soothing sanctuary, teeming with life. 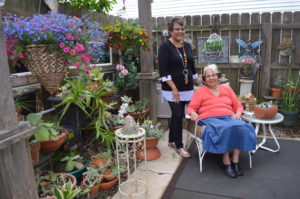 Monica Morley and her mother, Elena Murillo, seated, are shown in the courtyard area of their garden earlier this spring. The succulent plants are all wintered over in the basement of their Cedar Rapids home and brought back outdoors for the season. Flowers in the hanging baskets include million bells (Calibrachoa,) lobelia and lantana. (photo/Cindy Hadish)

“When we first moved in, the soil was nothing but clay and some sand,” Monica said, noting that birds and other forms of wildlife were absent. With the help of a landscape architect and Monica’s husband, Gil, they set about amending the soil and planting the “bones” of the backyard with trees such as Colorado spruce, bald cypress, sumac and river birch, along with “Sea Green” juniper, “Ivory Halo” dogwood and other bushes that serve as habitat for birds and a growing list of animals.

Elena spends a good portion of her day tending the perennials and creating fairy gardens composed of succulents and miniature figurines of rabbits, nymphs, gnomes and other creatures that provide touches of whimsy throughout the yard. They find some of the treasures at garage sales and others at In the Country Garden & Gifts, nearby in Independence.

“I do a lot of lifting,” said Elena, adding that she is proud to be 93 and in good health. “If you don’t use it, you lose it. Most of it is therapy. When I’m out here, I don’t think of anything but the plants.” 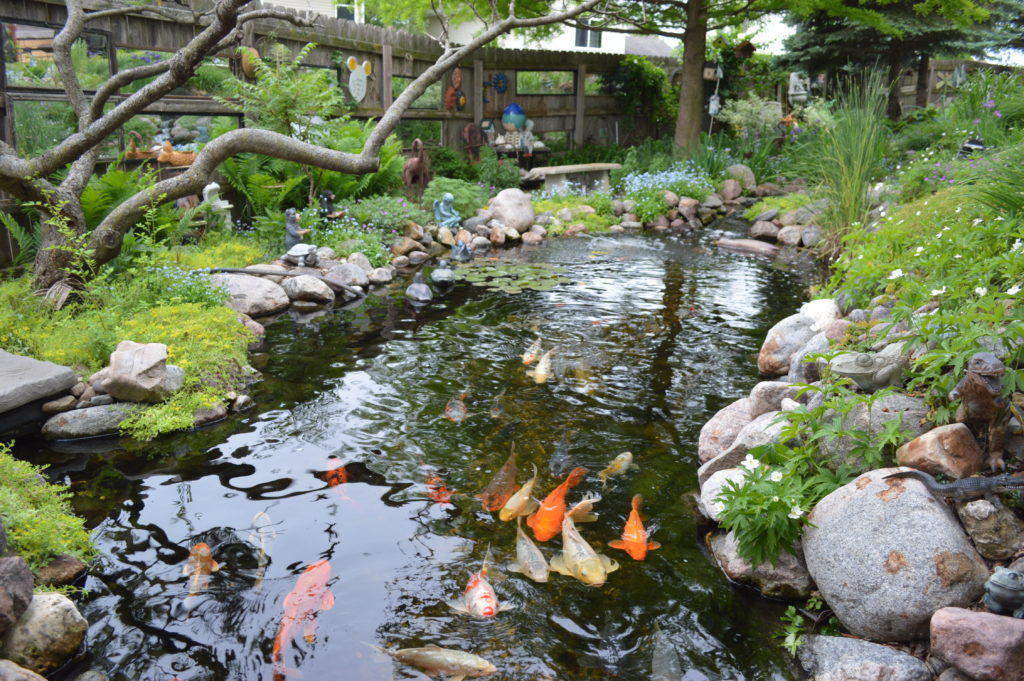