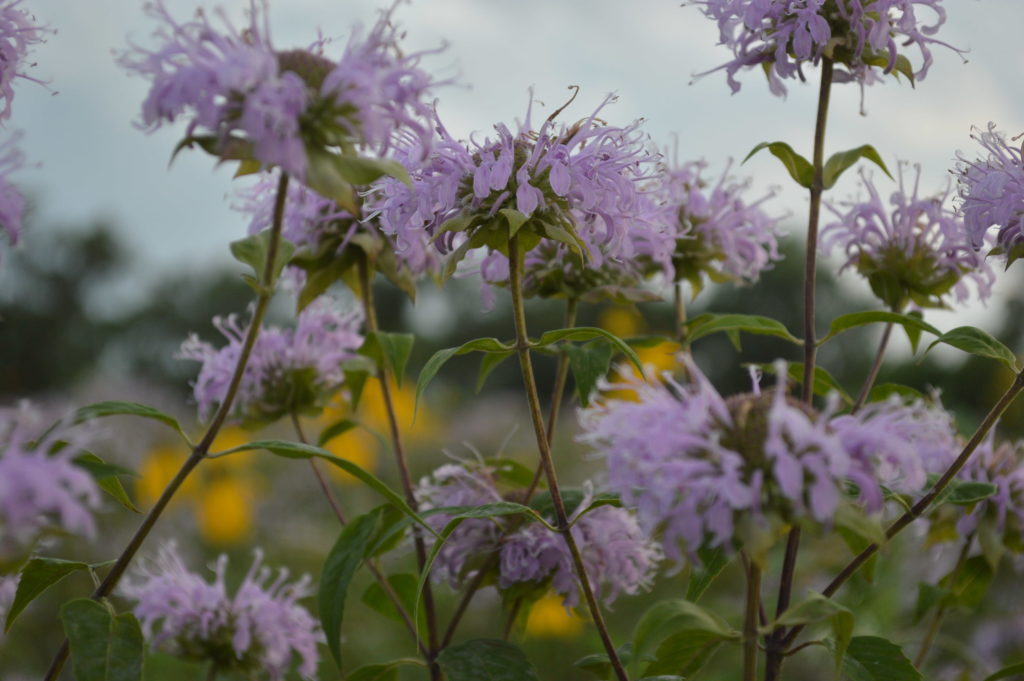 Wild bergamot and grey-headed coneflower create a sea of lavender and gold in July 2020 in the Prairie Pollinator Zone in southeast Cedar Rapids where Cargill plans to build an industrial railyard. (photo/Cindy Hadish)

Residents of the neighborhood who were able to join the virtual meeting or dial-in during the 45-minute session on a business day, which also fell on presidential inauguration day, could offer feedback on Cargill’s proposed landscaping for the site on Stewart Road SE.

Kate Hogg, one of the neighbors, took issue with the obstacles she and others faced in joining the meeting, and one of her questions, regarding what type of pesticides would be used at the railyard, went unanswered.

The 28-acre property is currently designated as a “Prairie Pollinator Zone.” Cargill’s plant on Otis Road SE is nearly 2 miles away from the Stewart Road property. 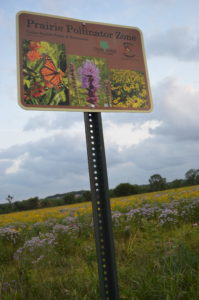 Despite concerns about the environment, noise, drop in property values and other issues raised by residents of the nearby Rompot and Prairie Park Fishery neighborhood, and users of the popular nature corridor, the Cedar Rapids City Council approved rezoning in December 2019 to allow the ag giant to build a 200-car, 12-track industrial railyard on the city-owned land. The modest-income Rompot neighborhood was already hit particularly hard during the 2008 flood.

Cargill officials and a representative of Hall & Hall Engineers, which is designing the berm that will separate the neighborhood from the railyard, said they expect to close on the property in February. A second meeting will take place in March, with construction beginning in April.

Another meeting is scheduled for July, with construction expected to be finished and the railyard operational in November.

Two of the neighbors in the meeting asked about a buffer to protect the Prairie Park Fishery from the sights and noise of the railyard. Cargill representatives said they would take the suggestion under advisement.

Hogg and her husband, state Sen. Rob Hogg, filed an appeal brief in December, after Sixth Judicial District Judge Mary Chicchelly denied a petition they filed against the city. The two were later backed by six members of the Protect the Prairie Park Corridor non-profit corporation in the petition.

More: Neighbors vow “this is not the end” after court ruling