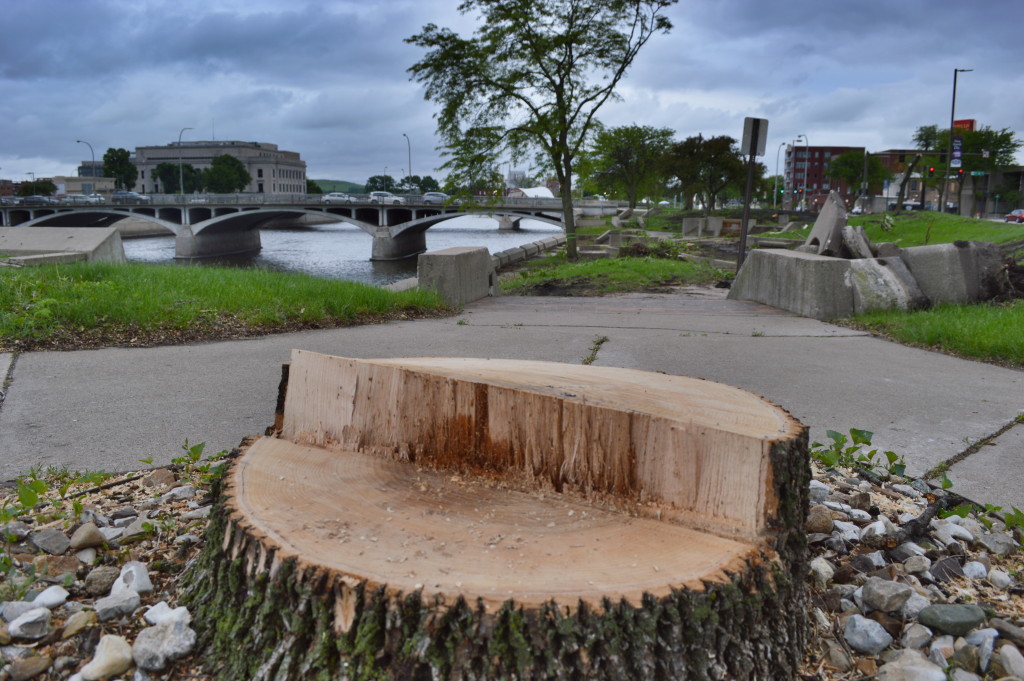 Twenty trees were removed this week along one block of the riverfront in Cedar Rapids, including several that appeared to be away from the construction zone. The trees are being removed for a park. (photo/Cindy Hadish)

CEDAR RAPIDS – The city is continuing its trend of clear-cutting trees for the sake of “parks” space.

This week, 20 mature trees were removed from the riverfront along First Street SW, between First and Second avenues.

Parks & Recreation spokeswoman Gail Loskill said the trees were removed because their roots could be damaged as the city clears crumbling concrete stairs and planters from Riverside Park.

Oak leaves were strewn about the site, but Loskill said half of the trees removed were ash trees and others were Honey Locust, Hackberry and smaller ornamentals. Two trees were left in place and six to eight will be planted, including Oak, Black Locust, Kentucky Coffeetree, Hybrid Elm and Hackberry. 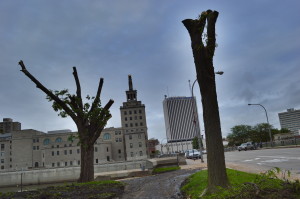 Twenty trees were removed from one block of First Street SW, in Cedar Rapids. (photo/Cindy Hadish)

“The tree palette is somewhat flexible as we determine the actual soil conditions on the site,” she said.

Cedar Rapids has been recognized as a Tree City USA City for 33 consecutive years, even as hundreds of healthy trees have been given the ax this spring.

Loskill said the city was unable to save more of the existing trees because the grading involved for removal and reconstruction of the new ADA pathways would have caused major root damage before the project was completed. 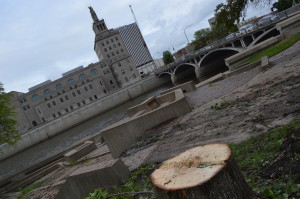 “It was determined that it would be best to remove the trees now and replant the area with new trees once the job was complete,” she said.

The budget for the project is about $50,000-$70,000, with funding from the Capital Improvement Program. Parks personnel and equipment are being used.

New, wider, perimeter sidewalks will be installed, along with a simple lower plaza/gathering area and walks connecting to it.

The reconstruction portion of the project is expected to begin in June and be completed in September.

Shannon Ramsay, Founding President and CEO of Trees Forever, said the city consulted her organization on the Greene Square renovation project, where Trees Forever advocating for saving mature trees, and she hoped they would do the same on projects such as this one.

Ramsay said cities including Des Moines have found creative ways to preserve large, healthy shade trees and she would like to see Cedar Rapids do the same. 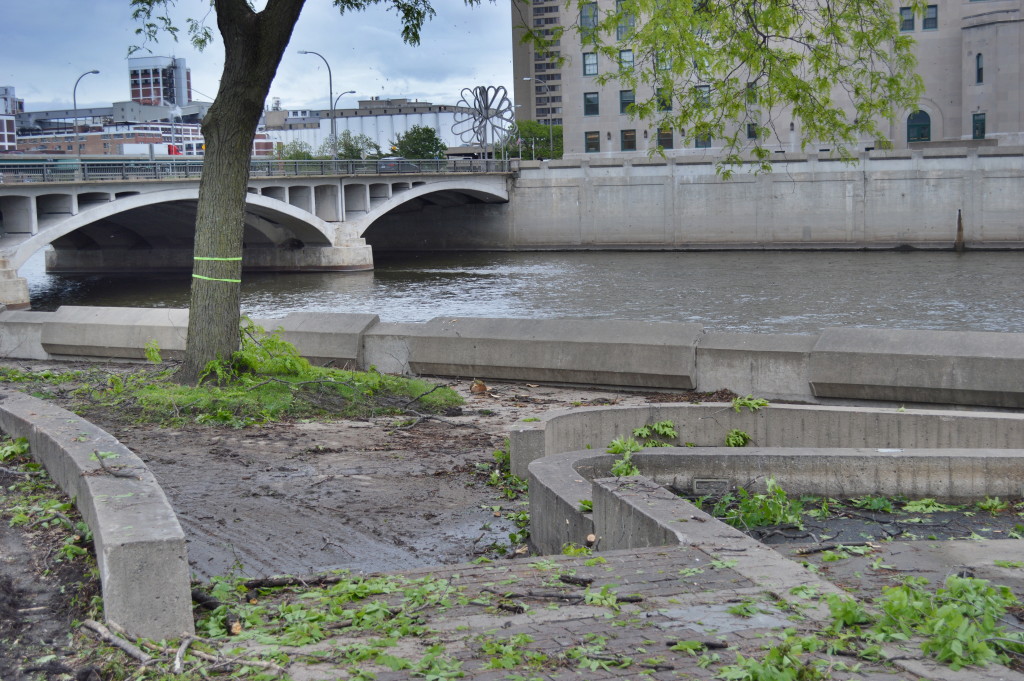 The “Tree of Five Seasons” sculpture can be seen across from where 20 trees were removed along the Cedar River in Cedar Rapids, Iowa. (photo/Cindy Hadish)