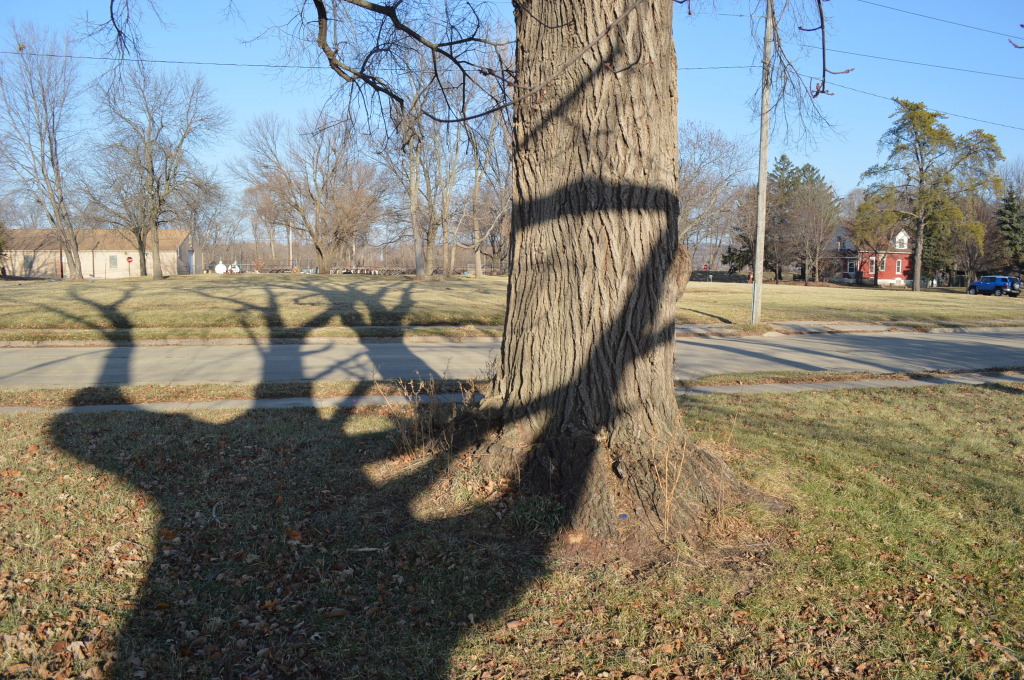 Large shade trees, such as these in the Czech Village neighborhood in southwest Cedar Rapids, could be among nearly 200  removed as part of the city’s “greenway parks system.” (photo/Cindy Hadish)

CEDAR RAPIDS – During the Trees Forever symposium in Cedar Rapids one week ago, a presentation that glowingly described the city’s upcoming greenway parks system left out one inconvenient truth.

The plan not only calls for the removal of streets and sidewalks damaged in the 2008 flood, but – omitted from the presentation – up to 194 trees that could be cut down in the Time Check and Czech Village neighborhoods.

Additionally, while the removal of ash trees is part of the city’s efforts to prepare for the threat of emerald ash borer – an invasive beetle that destroys ash trees in its path – no inventory has been taken of the trees to be removed under the greenway park plan.

No one, as yet, knows the varieties or condition of the trees that will be taken out to make way for “green space,” another detail that went unmentioned during the presentation.

“Trees and the environment are key,” Cedar Rapids Parks Superintendent Daniel Gibbins told the audience of more than 100 environmentalists, city officials and others during the greenways presentation. “They’re always at the forefront.”

Gibbins and Brenda Nelson, a landscape architect with Confluence, a Des Moines-based firm the city hired to help plan the greenways system, both emphasized that the plan included gathering extensive public input.

Neither Nelson, nor Sven Leff, director of the Cedar Rapids Parks Department, could say if any of those Cedar Rapids residents asked that mature trees be removed for the new greenway system.

The $93 million plan – detailed here on the city’s website – includes three sections of greenway totaling 130 acres. The sections are divided into the Czech Village, Riverfront and Time Check Greenway Parks.

After the 2008 flood, the city used taxpayer money through the Federal Emergency Management Agency to demolish more than 1,200 homes and businesses, many of those in the Czech Village and Time Check neighborhoods. Last week, the City Council approved a measure to move ahead with removing streets and sidewalks in those neighborhoods where few homes remain, and take out the trees in the process. 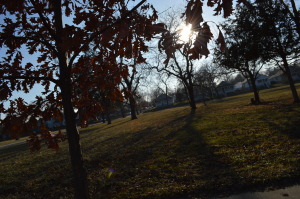 Sun filters through the leaves of a young oak tree in the Czech Village neighborhood in December 2014. No inventory has been taken of the varieties and conditions of trees to be removed along with city infrastructure in the neighborhood. (photo/Cindy Hadish)

“It’s not arbitrary,” Leff said of the tree removal, noting that roots could be damaged as the streets and sidewalks are removed.

City Council member Monica Vernon, however, who was at the Trees Forever event, said she didn’t understand why the trees could not be allowed to remain, and opposed their removal.

City staff members noted that more trees will be planted under the plan than removed, but Vernon said those existing trees have been growing for decades or more and offer shade and other benefits that will take a generation for new trees to provide.

She held out hope that some of the trees could be saved.

In an email, Doug Wilson, Capital Improvement Project Manager for the Cedar Rapids Public Works Department, said a provision in the construction contract allows city staff to preserve any tree that it appears will survive the project once the street and sidewalk removal begins.

Wilson provided these numbers for tree removal: Without athletic field construction an estimated 73 trees are to be removed: 59 in Time Check and 14 in the Czech Village neighborhood.

With athletic field construction, an additional 121 are estimated to be removed, 105 more in Time Check and another 16 in Czech Village.

Wilson noted that the athletic fields will only be constructed if enough funding is available.

“The decision on whether or not the athletic field are built will be based on the amount bid  to complete the project,” he wrote. “The Parks and Recreation Department has been contacted by various athletic organizations expressing the need for additional fields in the city.”

“The City is looking forward to how these locations will look in the future, a unique combination of a flood mitigation system and recreation areas,” he wrote. “City staff is currently working to determine if there are areas in both Time Check and Czech Village where some reforestation can be done soon that fits in with the proposed flood mitigation system and the Park master plan.”

“As a general policy we try to avoid tree removal as much as possible as we recognize they are a valuable asset to the community,” he wrote. 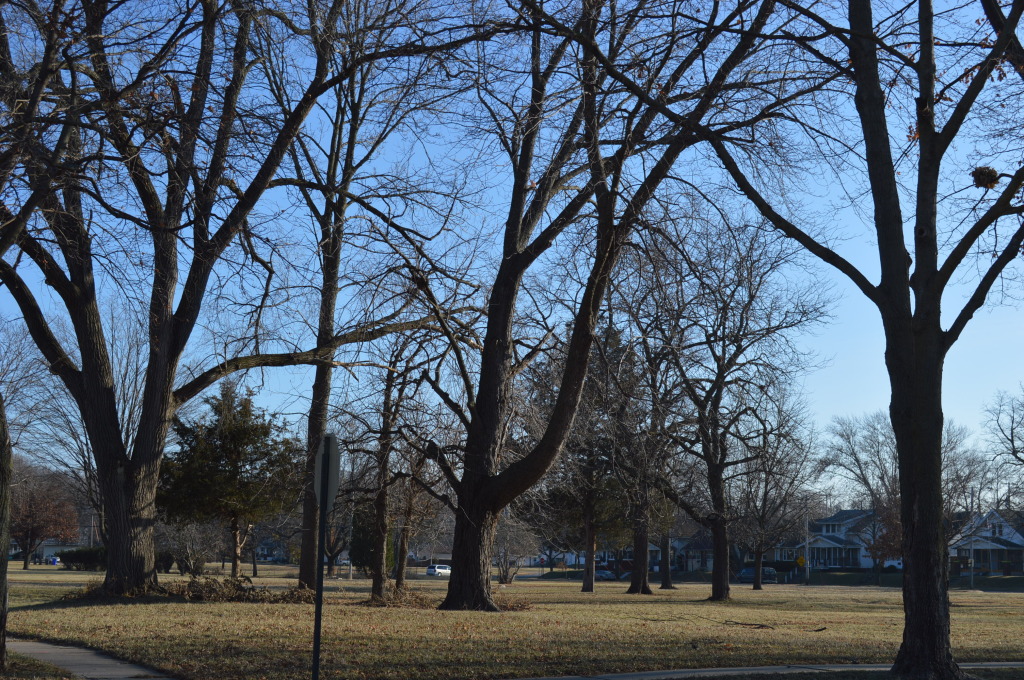 This group of trees, shown in December 2014, could be at risk of removal in the Czech Village neighborhood under the Cedar Rapids “greenway parks system” plan. (photo/Cindy Hadish)