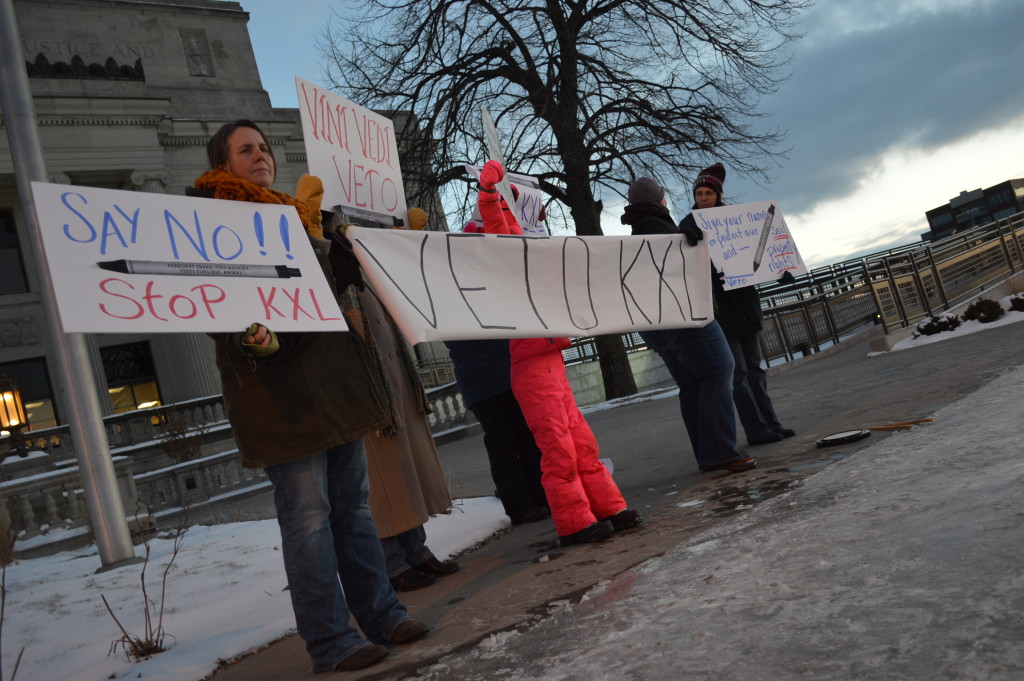 Holding signs that read, “Veto KXL,” and “Say No!!” the gathering of about 10 people said they want to raise awareness not only about the Keystone XL pipeline, which has drawn national attention, but about the proposed Bakken pipeline that would run through Iowa.

“We don’t want your dirty oil. Keep your tar sand in the soil,” the group chanted as motorists passed by on the Third Avenue Bridge, in front of the Linn County Courthouse. 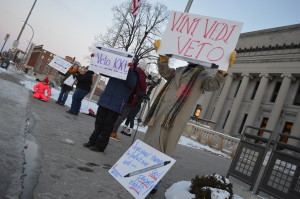 Barb Rhame of Cedar Rapids said she hoped to show support for President Obama, as he contemplates likely legislation from the Republican-controlled House and Senate in regards to the 1,179-mile Keystone pipeline from Canada that would be built to transport crude oil through neighboring Nebraska and other states.

“President Obama is expected to veto that and we’re out here in support of that veto,” Rhame said.

She added that the group also wanted to raise awareness about the Bakken pipeline that would run through 17 counties in Iowa.

Dakota Access, LLC, is developing the 1,134-mile pipeline to transport crude oil  from the Bakken oil fields in North Dakota through northwest Iowa, passing through Polk County in central Iowa and counties in southeast Iowa before ending in Illinois.

See a map of Iowa counties the pipeline would cross here.

“Once you get started, it’s hard to stop the momentum,” Rhame said about both pipelines. “We’re hoping to bring attention to it.”

Co-organizer Cheryl Valenta said a new coalition is forming to address the Bakken pipeline and a meeting Sunday, Jan. 18, in Coralville will provide more information.

Andy Pearson of MN350.org and MW Tar Sands Coalition Coordinator will host the  discussion about the pipeline proposal, environmental actions, climate change and effective community organizing. The meeting will take place at 1 p.m. at the Coralville Public Library, 1401 Fifth St.

Energy Transfer Partners notes on its website that the Bakken pipeline would benefit Iowa by creating 4,000 jobs during the construction phase, and eventually about 15 permanent jobs in the state.

Valenta, however, said Iowans should be concerned about their property rights and eminent domain, which could be used to acquire their land without consent.

See Energy Transfer’s presentation about the Iowa portion of the Bakken pipeline here. 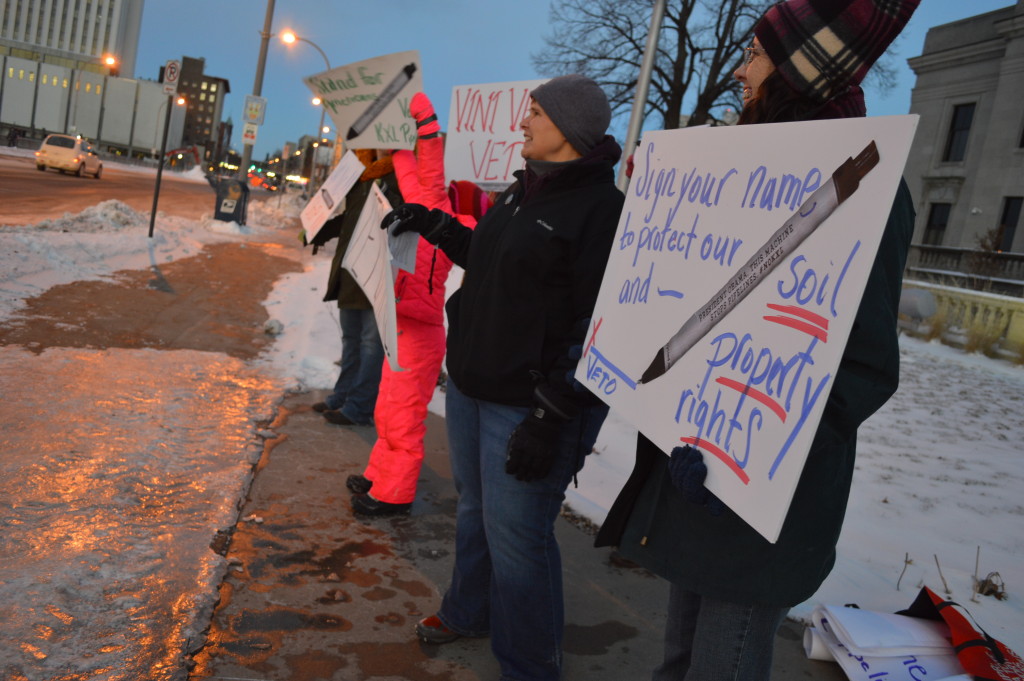 The proposed Bakken pipeline would cut through 17 counties from northwest to southeast Iowa. Opponents said eminent domain could be used to acquire landowners’ property without their consent. (photo/Cindy Hadish)