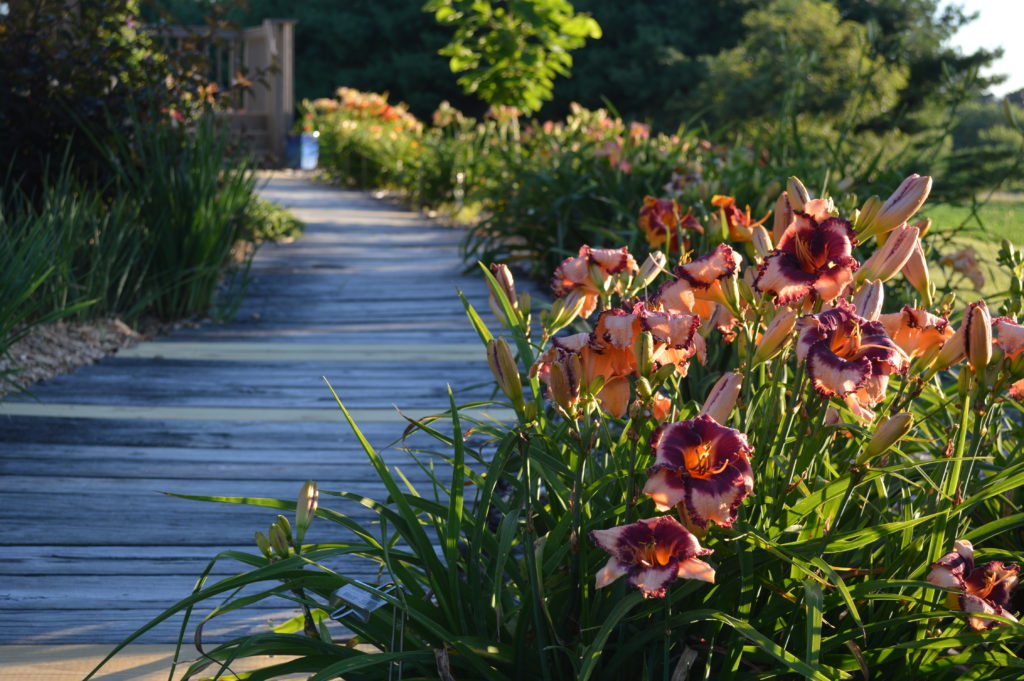 ‘Pandora’s Treasure’ daylilies take the front spot lining a wooden walkway that curves to Zora Ronan’s home in rural Central City. The pink flower with a purple eye sports blooms that are 6 inches across. (photo/Cindy Hadish)

As their name suggests, each blossom of a daylily lasts only one day, but Zora Ronan’s daylily gardens provide a kaleidoscope of color from early June through frost.

Zora and her husband, Paul, moved to 32 acres of farmland in rural Central City about 20 years ago, where they quickly built a new home, but rebuilding the ground, which had been farmed in corn, took much longer.

“The soil was absolutely dead. There were no worms or anything,” said Zora, a Linn County Master Gardener and an American Hemerocallis Society garden judge. “We needed to give the land several years to work the chemicals out.” 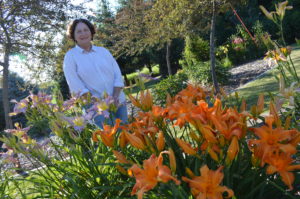 Zora Ronan stands near orange ‘Primal Scream’ daylilies at her rural Central City home. With over 530 daylily cultivars on 2 1/2 acres, she finds it difficult to choose a favorite, but Primal Scream is among the tops. (photo/Cindy Hadish)

They began by planting trees, including eastern white pines (Pinus strobus) used as a wind break on the farm, which sits in Zone 4. In time, Zora began planting garden beds – Paul creates the paths and other “hardscape” – to showcase her favorite perennial: daylilies.

Now with over 530 daylily cultivars on 2 1/2 acres, the site has been designated an American Hemerocallis Society Display Garden, one of just a handful of such gardens in Iowa, with tours often on the summer calendar.

It’s hard to choose a favorite among so many, but Zora’s include ‘Primal Scream,’ a tangerine orange Stout Medal winner from 2003, with giant blossoms, and ‘Carnival in Mexico,’ which won the Stout in 2012 and can bloom up to 10 weeks. “It never has a bad day,” Zora said of the pale rose-colored flower, with a deep red eye and green throat.

Read about other great Iowa gardens:

For more on Zora Ronan’s gardens, see her “Bloomies” website at: www.ronandaylilygarden.weebly.com 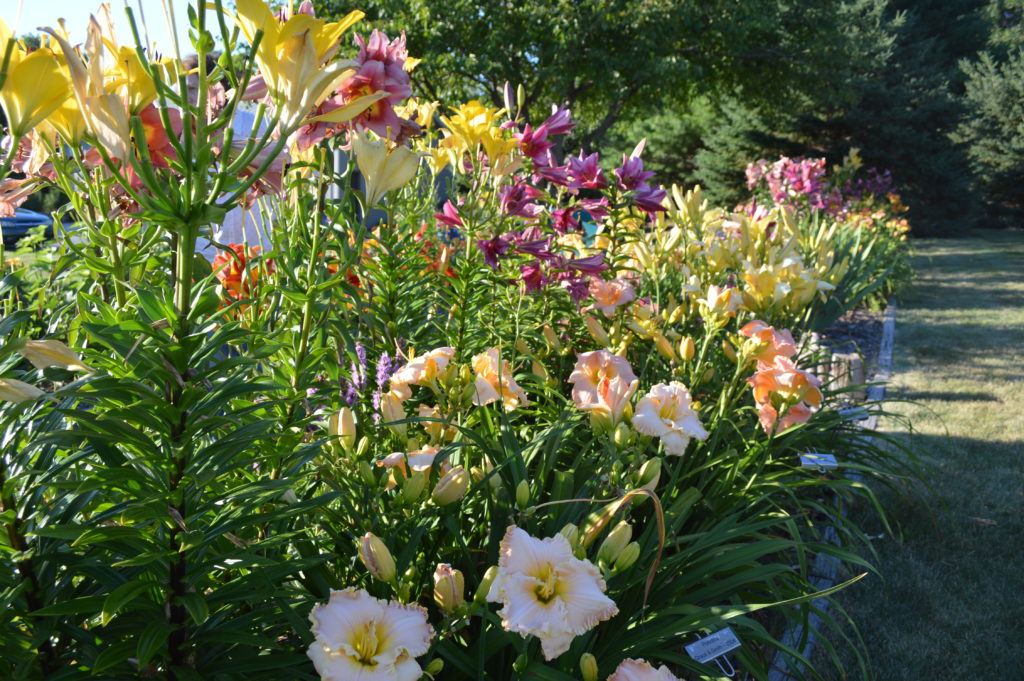 ‘Portofino’ daylilies, front, bloom pale pink against a variety of lilies and purple liatris in one of the many flower beds at Zora Ronan’s rural Central City home. (photo/Cindy Hadish)