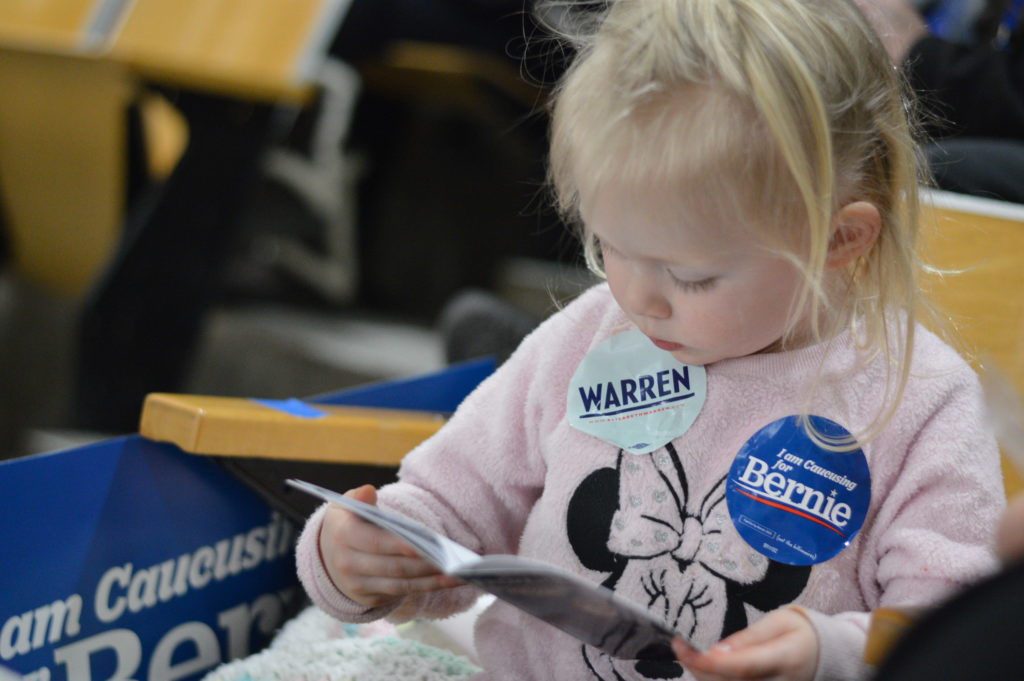 Iowa held the first in the nation caucuses on Monday, Feb. 3, 2020, including at Franklin Middle School in Cedar Rapids, where patience was paramount for all involved, including children who attended with their parents. (photo/Cindy Hadish)

CEDAR RAPIDS, Iowa — Nearly 250 people turned out for the Democratic caucus at Franklin Middle School in Cedar Rapids, one of more than 1,600 precinct sites across the state on Monday, Feb. 3, 2020.

The Iowa caucuses constitute the first nominating contest in the 2020 presidential election. 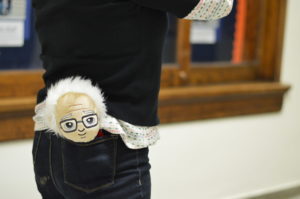 A Bernie Sanders supporter shows a sign of her favored candidate at the caucus in Cedar Rapids. (photo/Cindy Hadish)

Former Massachusetts Representative John Delaney dropped out of the race just before the Iowa caucuses and former New York Mayor Michael Bloomberg has not campaigned in the state.

While statewide results were delayed, the Franklin site had three presidential hopefuls each receiving two delegates to the Linn County convention: Sanders, Warren and Buttigieg.

With the first alignment, caucus-goers had aligned with Yang, Biden and Klobuchar, as well as two people for Gabbard, but none of the groups had enough supporters to be considered viable, so those voters were allowed to align with another candidate. Sanders drew the largest number of supporters, with about 100, followed by Warren and Buttigieg, but because of the allocation math, all three each received two delegates.

See photos from recent campaign appearances by Bernie Sanders and Elizabeth Warren and more from caucus night, below: 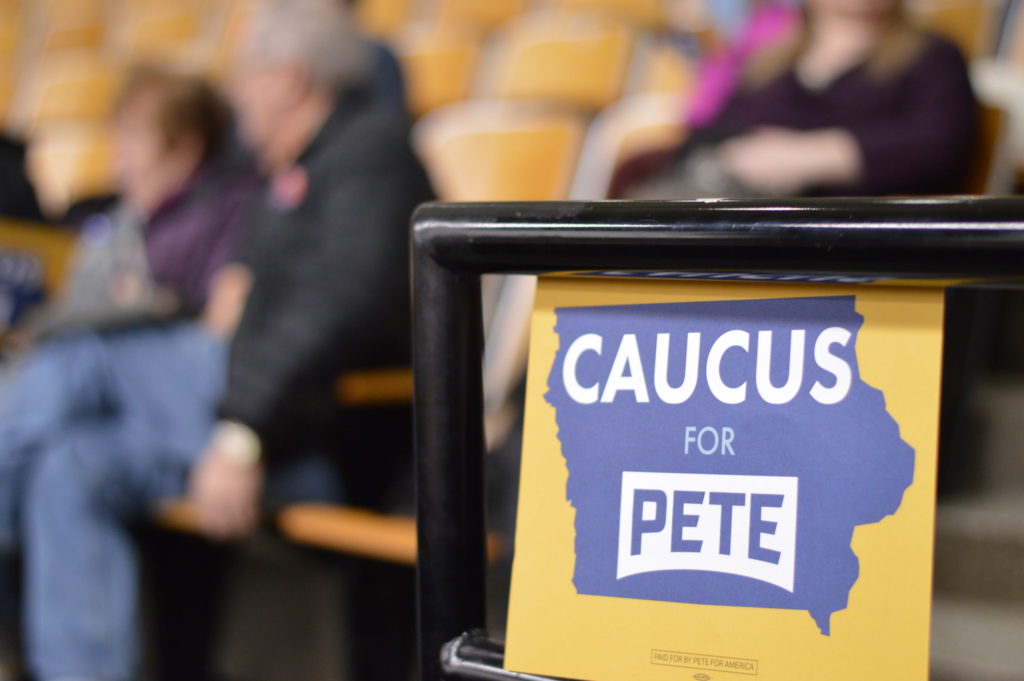 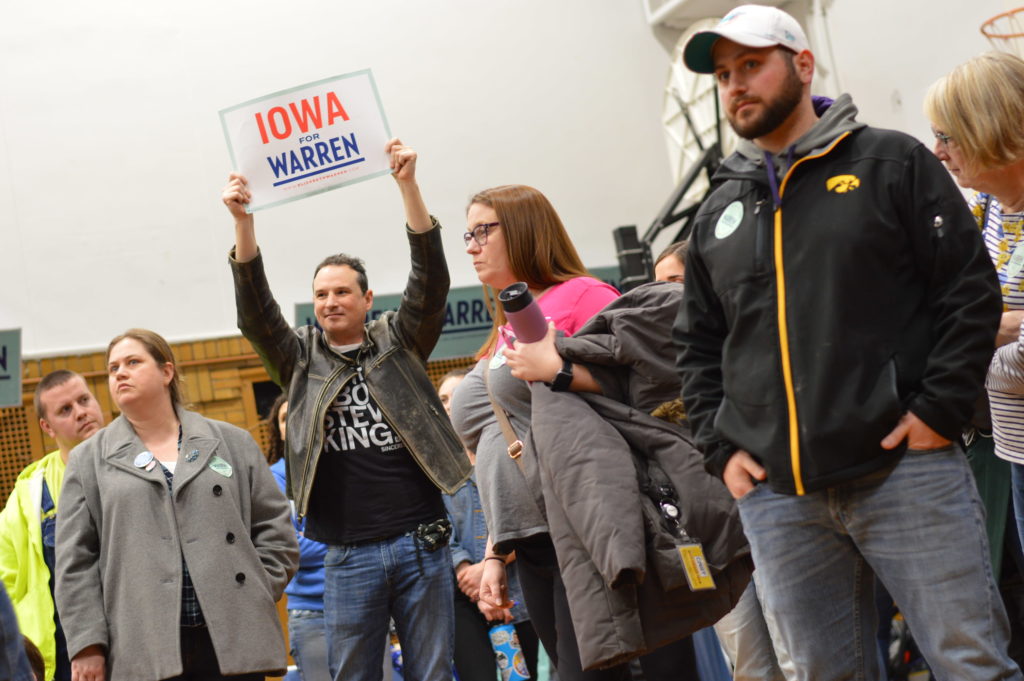 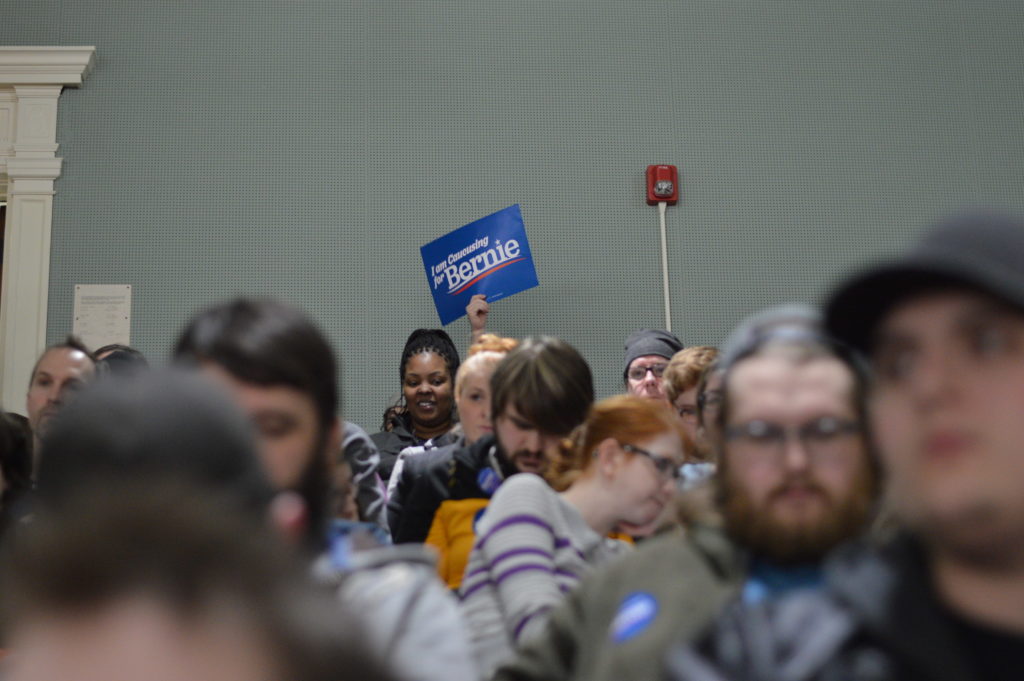 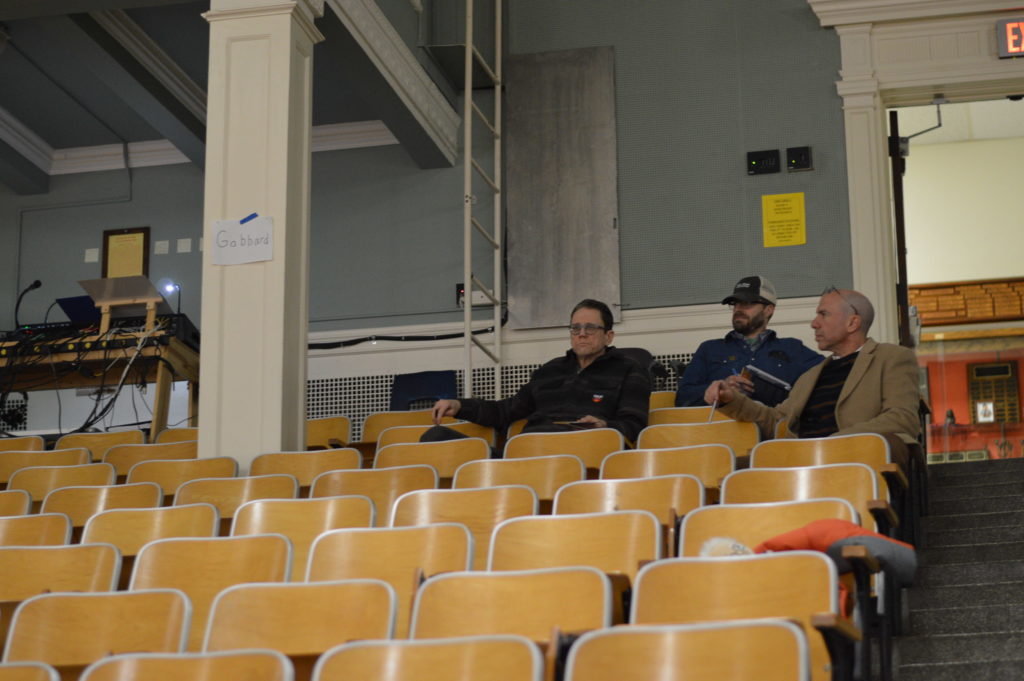 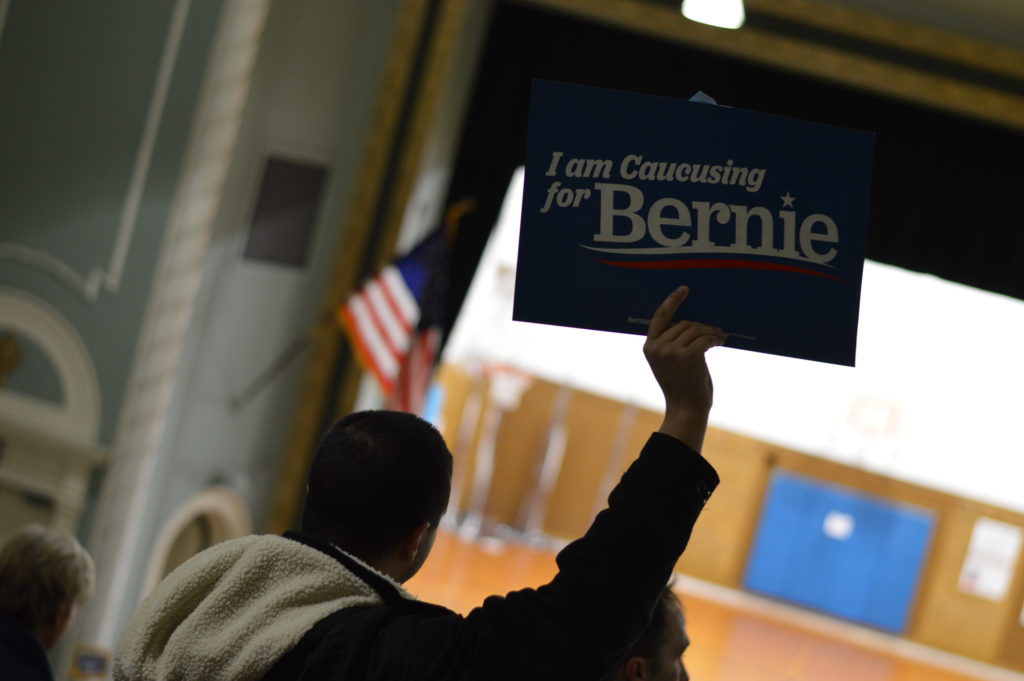 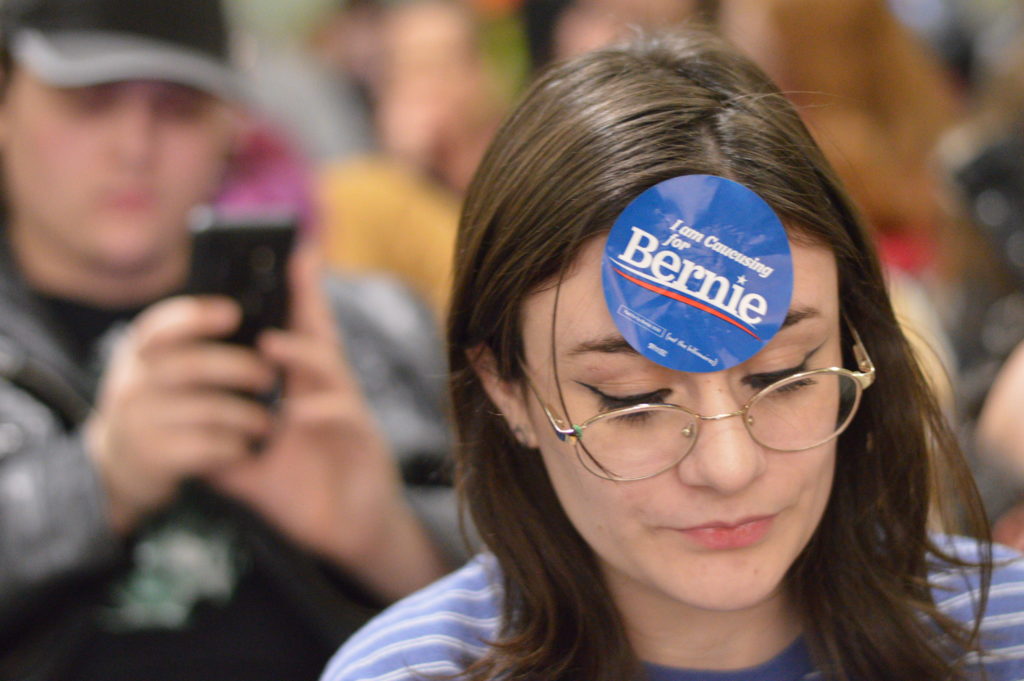 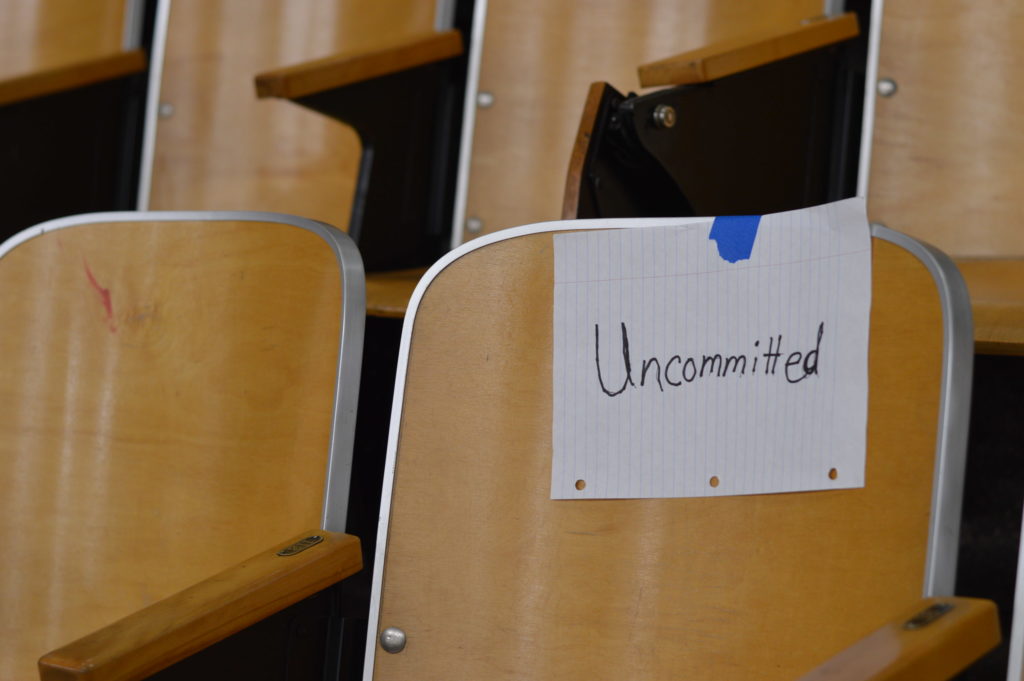 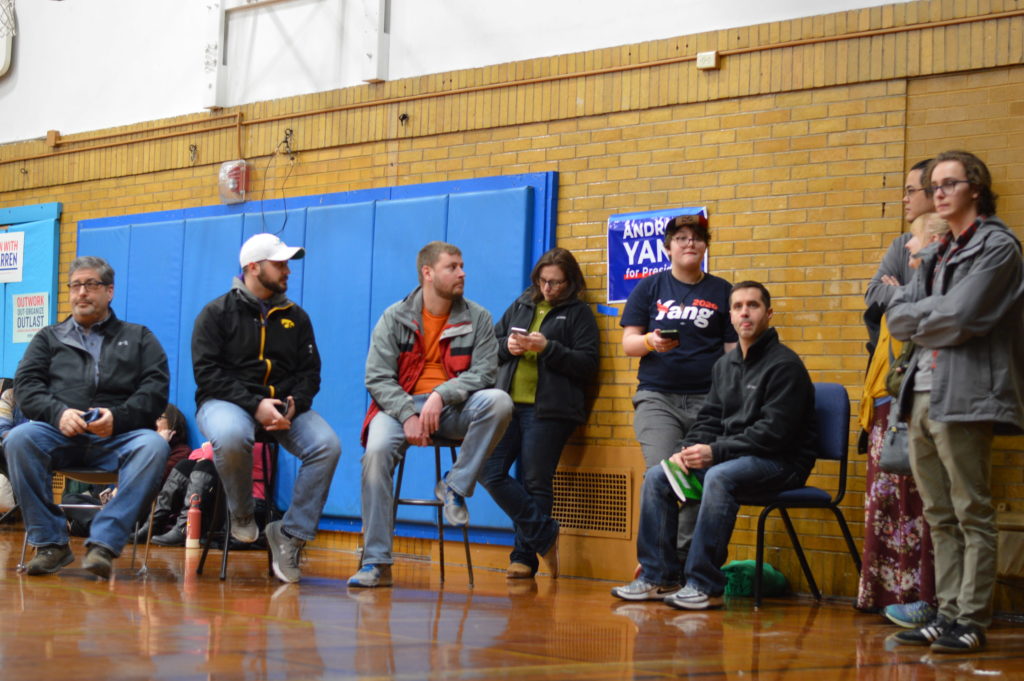 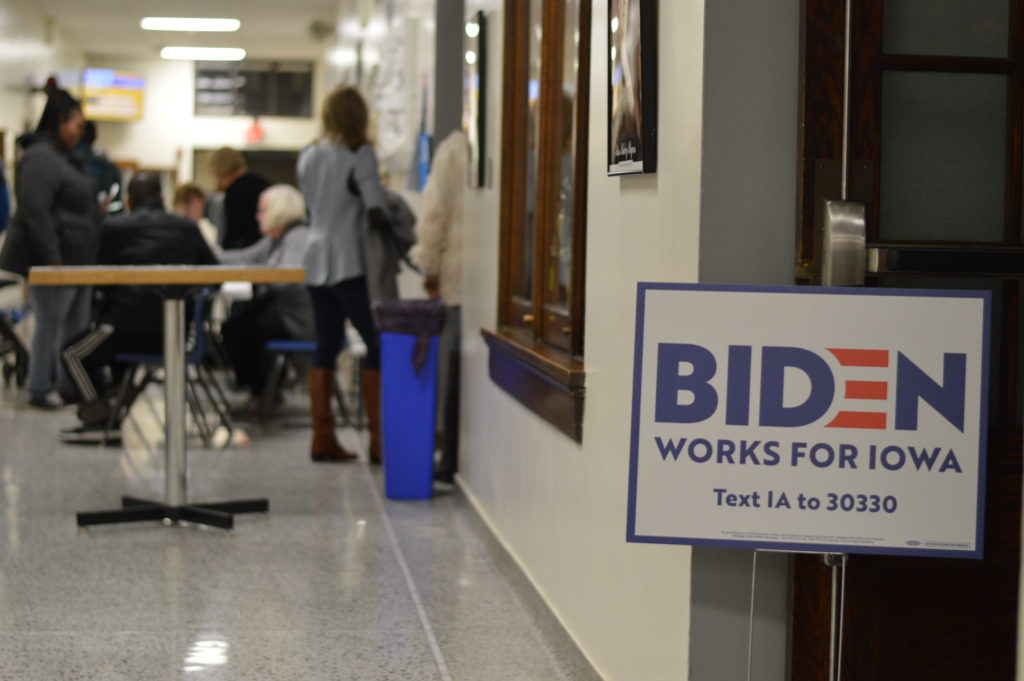 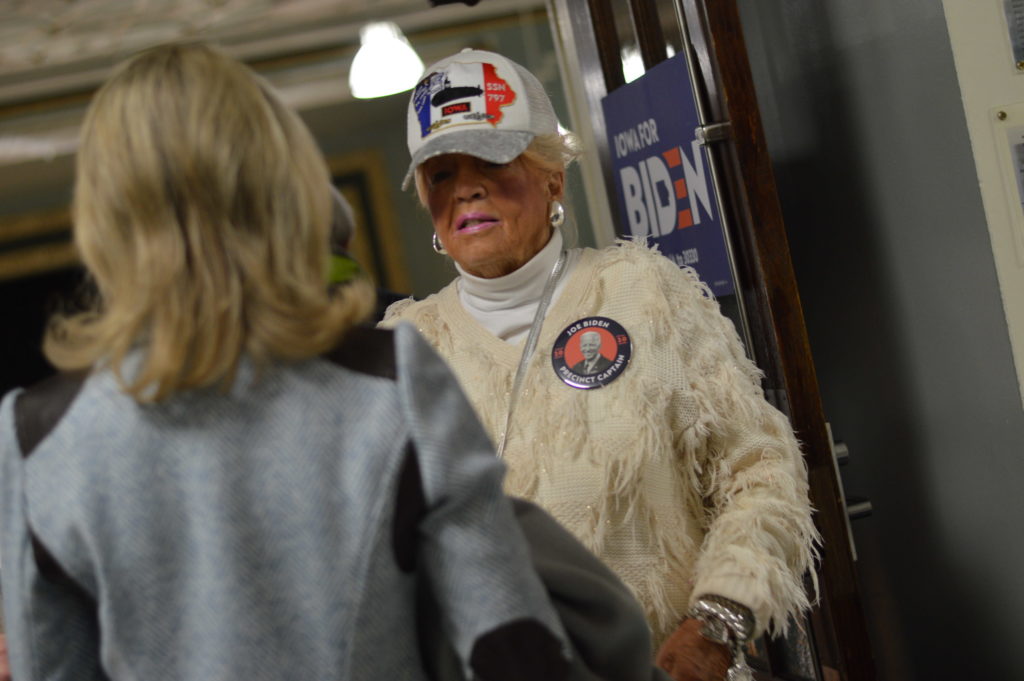 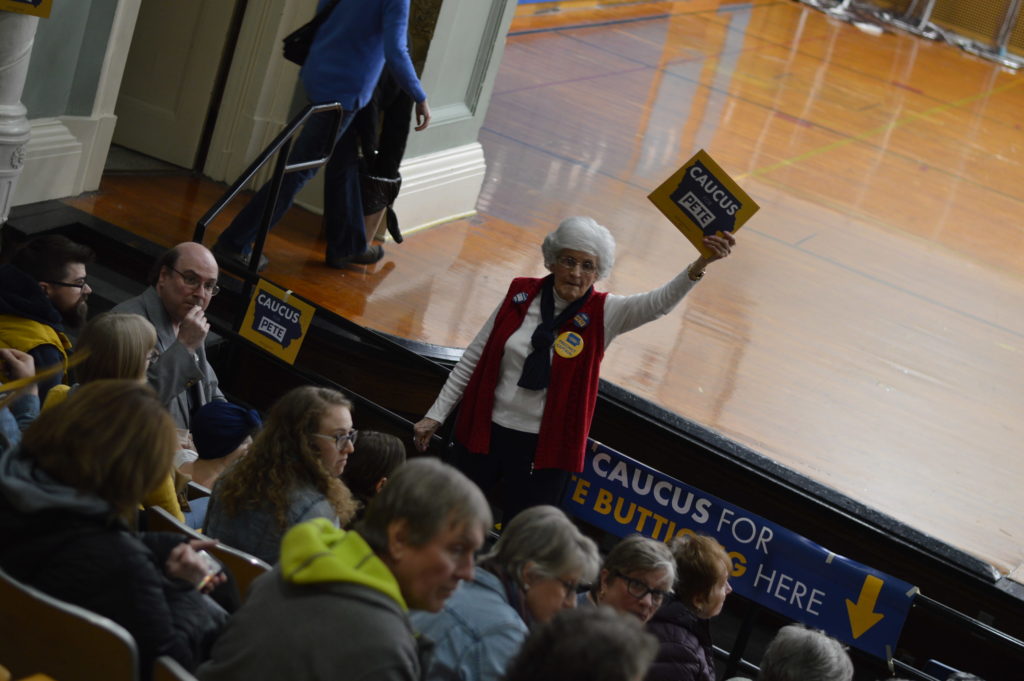 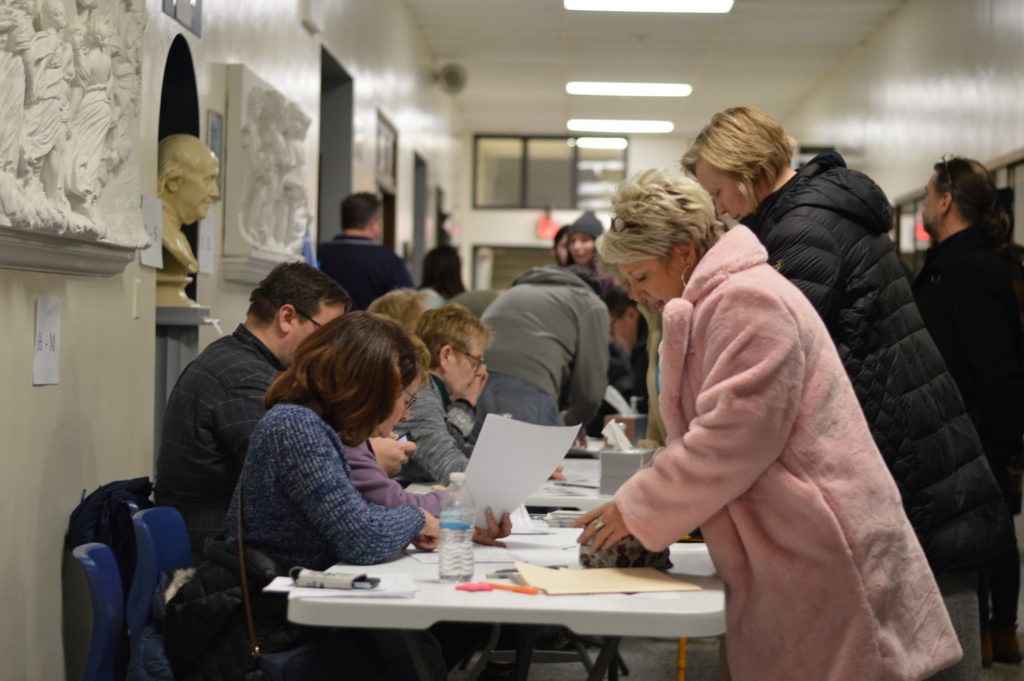 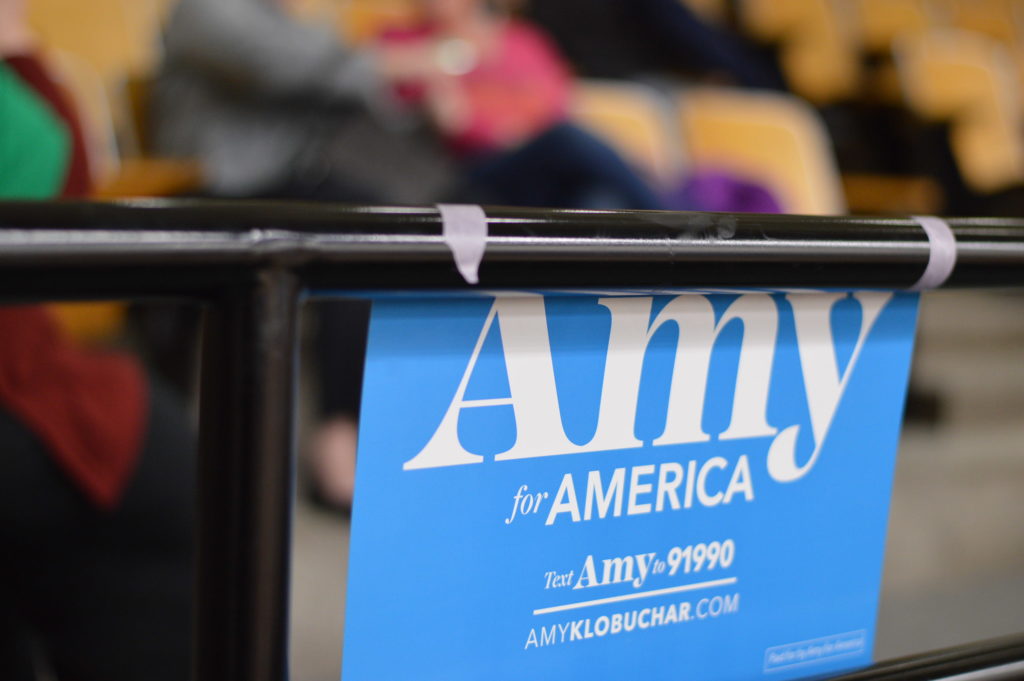 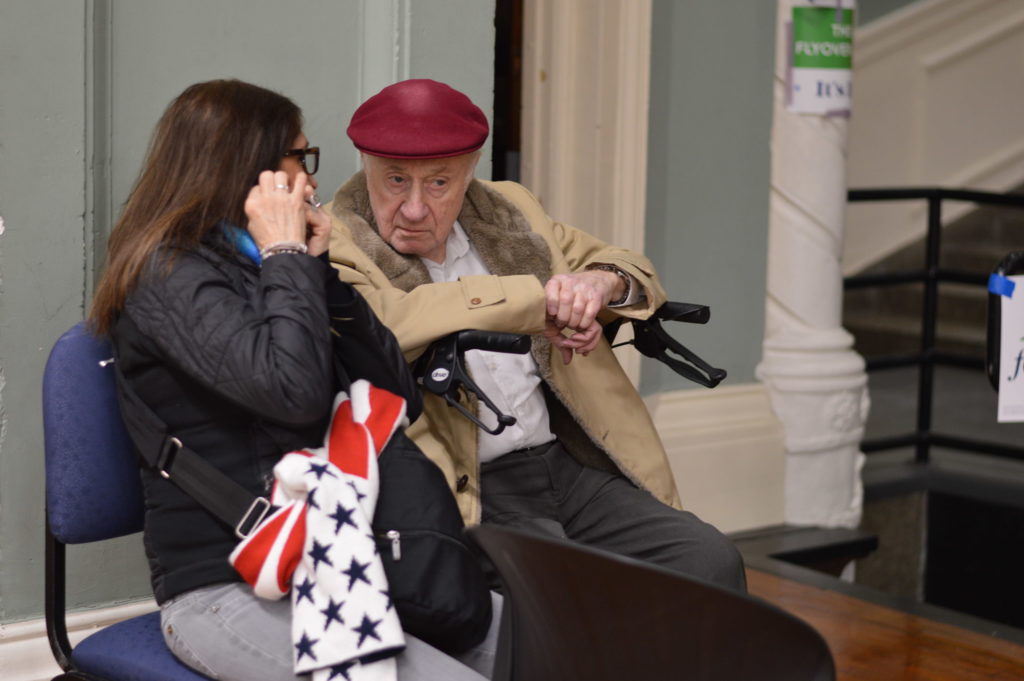 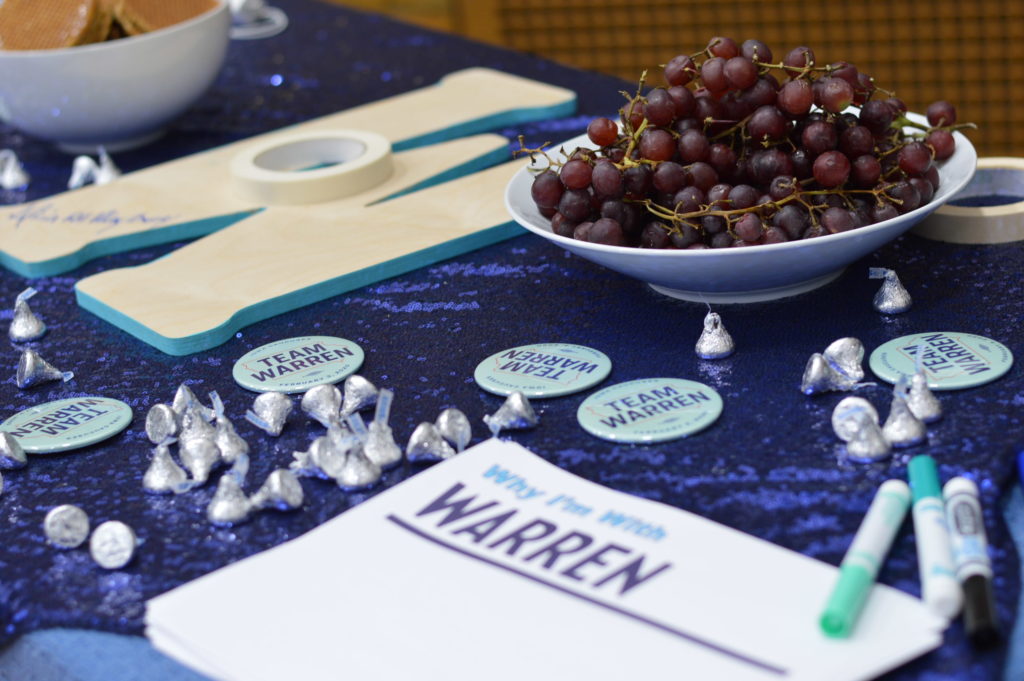 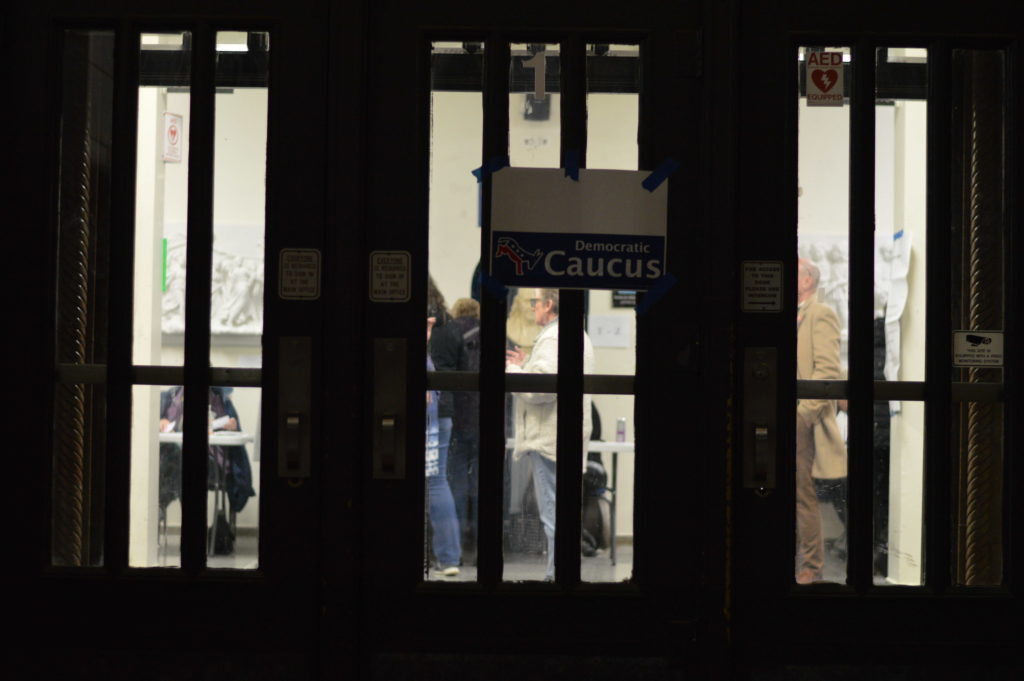 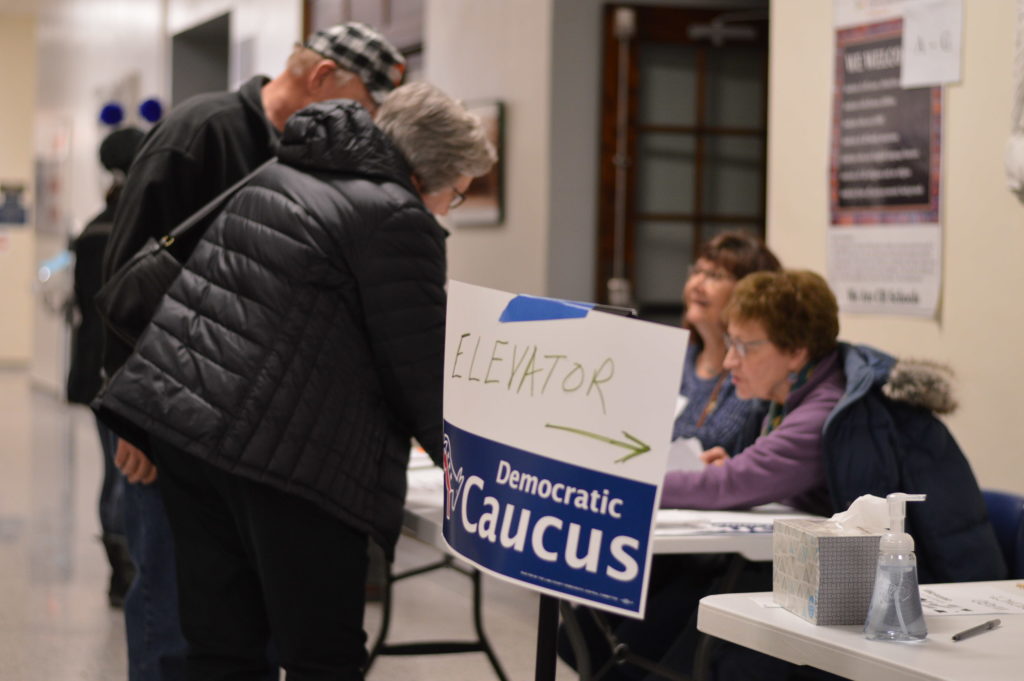 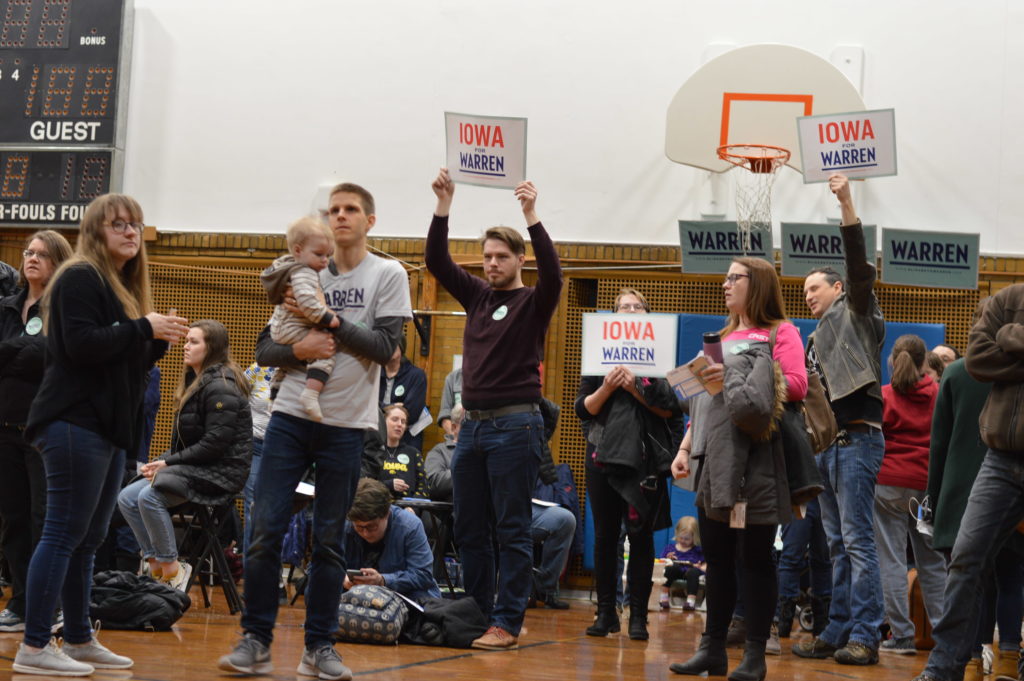