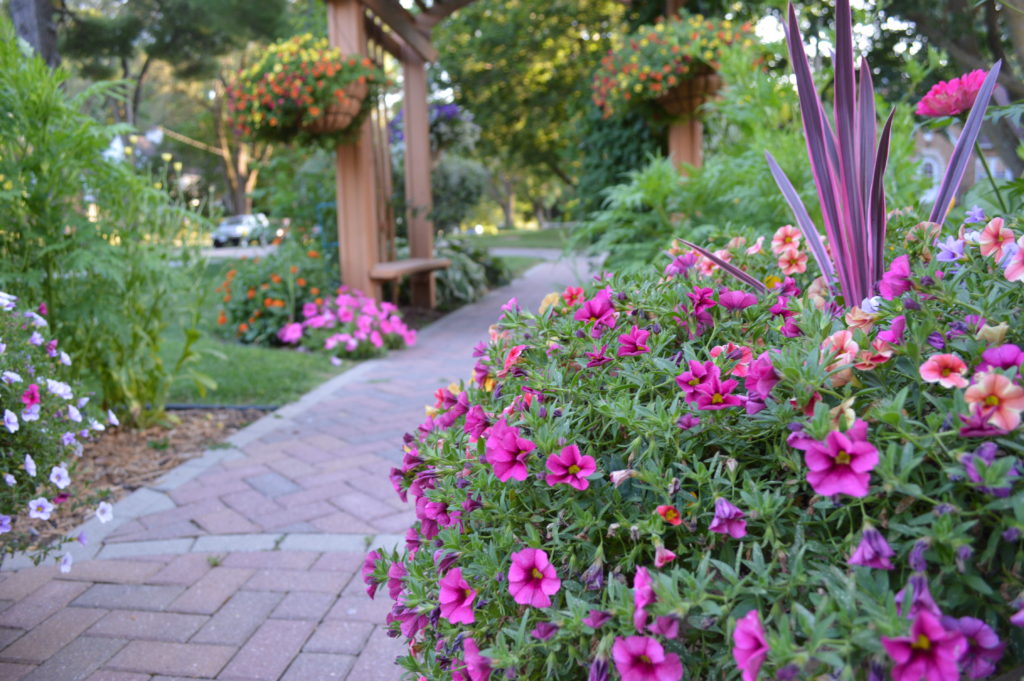 Dreams of an acreage were put on hold when Doug and Gale Koch moved to a home in a core neighborhood of Cedar Rapids, but that didn’t stop the couple from growing their own inner-city haven. 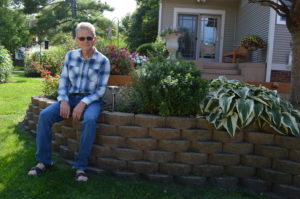 Doug Koch sits on a low retaining wall he and his wife built alongside a deck at their Cedar Rapids home.
(photo/Cindy Hadish)

The two have lived in their 1920’s house for more than 22 years and raised their children there, along with an expanding number of plants. Just two years after moving into the home, they took action, creating brick pathways and an arbor, adding a deck and low retaining walls about 15 years ago.

“I wish it was bigger,” Doug said, musing that he’d prefer an acre and a half over the standard city lot where their home is located on a quiet corner. Even with a small amount of land, though, the Kochs manage to pack a huge punch of color with blossoms from spring through frost, and winter interest with a variety of grasses that stand tall, even outside of the growing season. 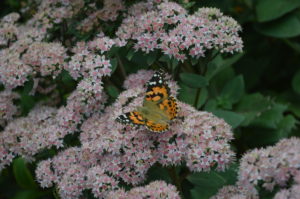 A painted lady butterfly alights on the “Autumn Joy” sedum in a flower bed at Doug and Gale Koch’s home. (photo/Cindy Hadish)

In the spring, Doug buys a variety of annuals from an Amish auction in Hazleton.

Petunias and their smaller look-alikes, calibrachoa, were among his top choices last year, offering a seemingly endless range of color. Zinnias also are a favorite of Doug’s, as well as the monarchs and other butterflies that stop to nectar on the blossoms. A dwarf Korean lilac bush (‎Syringa meyeri ‘Palibin’) has been meticulously pruned next to the couple’s deck, offering a sweet scent when in bloom and another spot to hang bird houses.

Doug and the area wildlife seem to share a mutual admiration, with birds, bees and butterflies flocking to the flowers and feeders, along with squirrels who also get their fair share of food.

“One winter, I had 16 squirrels at one time, eating sunflower seeds,” Doug said. “They like those.”

Learn about other great Iowa gardens: 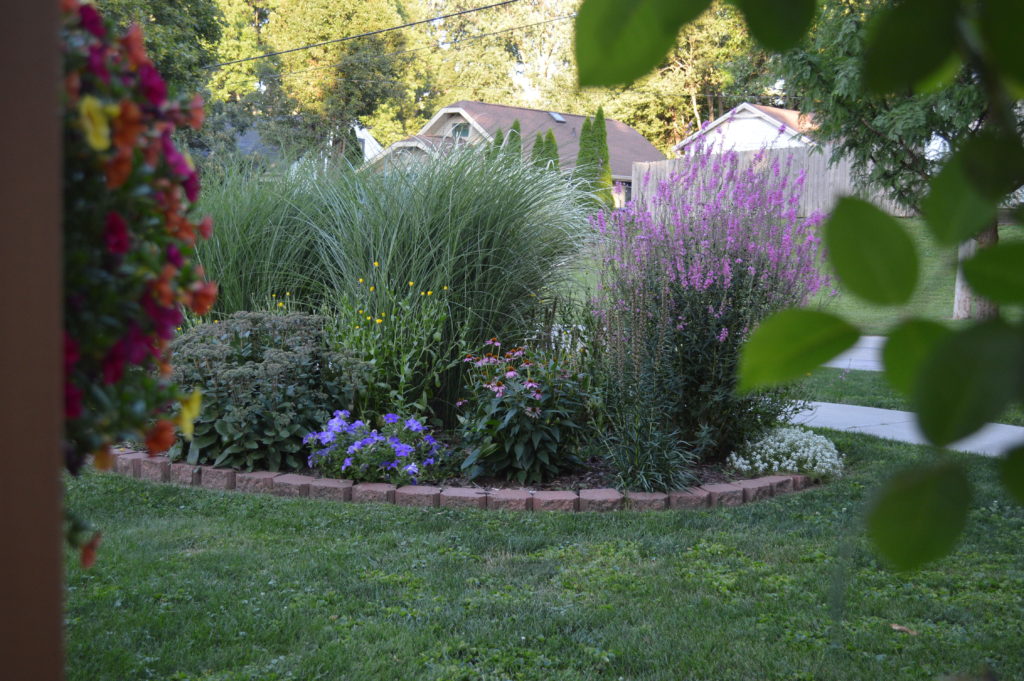