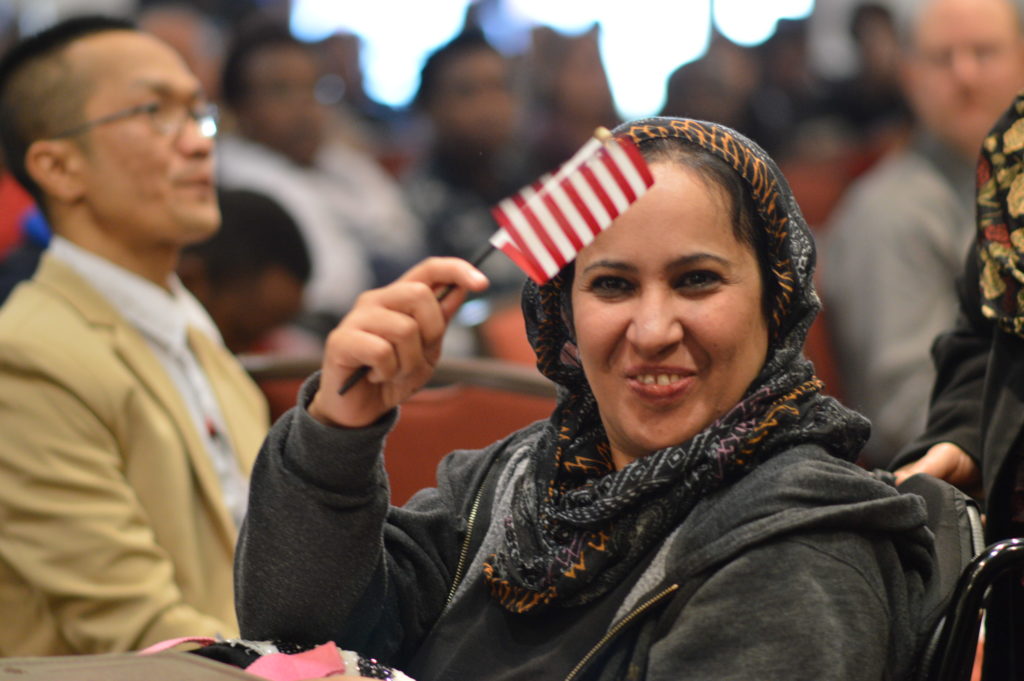 Mayida Tariq waves an American flag after being sworn in as a U.S. citizen during a naturalization ceremony in Cedar Rapids, Iowa. (photo/Cindy Hadish)

“The United States has a long history of welcoming immigrants from all parts of the world. America values the contributions of immigrants who continue to enrich this country and preserve its legacy as a land of freedom and opportunity.” — U.S. Department of Homeland Security

CEDAR RAPIDS — Their smiles said it all.

The 71 immigrants who became United States citizens during a naturalization ceremony Friday, Feb. 10, 2017, in Cedar Rapids were not there to make a political statement.

Naturalization, the procedure for people born outside of the United States to become U.S. citizens, is a lengthy process.

Eligible candidates must prove they have lived in the U.S. continuously for three to five years, are at least 18 years old and demonstrate good moral character and loyalty to the U.S. Constitution. Candidates also must take an English and civics test.

Museum President and CEO Gail Naughton noted the museum’s own rich immigrant history. The museum was founded in 1974 by second and third-generation descendants of Czech and Slovak immigrants who understood the important contributions immigrants make to our country. 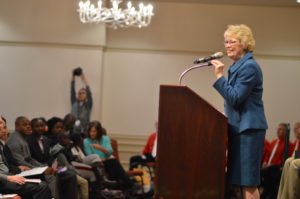 “This is a state who welcomes people born in all nations and all over the world,” she said, citing recent headlines over immigration. “You make our nation great and we are proud to host you today.”

Wenxing Chen, 22, who emigrated from China, said he didn’t have an opinion on the Republican administration’s travel ban and other issues affecting immigrants that have been in the news.

“There’s a lot of freedom for the people,” he said, citing freedom of speech and religion among others. “I love this country, so I wanted to be a U.S. citizen.”

Museum Event Services Manager, Shanel Wermerskirchen, reached out to the United States District Court in late 2015, proposing that the museum become a host site for naturalization ceremonies.  The site hosted two such ceremonies in 2016.

“We started hosting the ceremonies in our space as a way to welcome every new American citizen the same way that Czechs and Slovaks were embraced by the Cedar Rapids community decades earlier,” Wermerskirchen said.

The museum aims to celebrate life, culture and freedom for all global citizens, including those with Czech and Slovak backgrounds. New citizens and their families were allowed to tours the museum’s exhibit, Faces of Freedom, which depicts real Czech and Slovak immigration journeys, and were given one-year memberships in the museum.

“There’s a genuine sense of connection to their stories,” Wermerskirchen said.

See more photos, below, and find more information about Faces of Freedom: The Czech and Slovak Journey.

Following is a list of countries of origin of the 71 new American citizens, along with the numbers of naturalized citizens in today’s ceremony (a few could not attend) from each country: 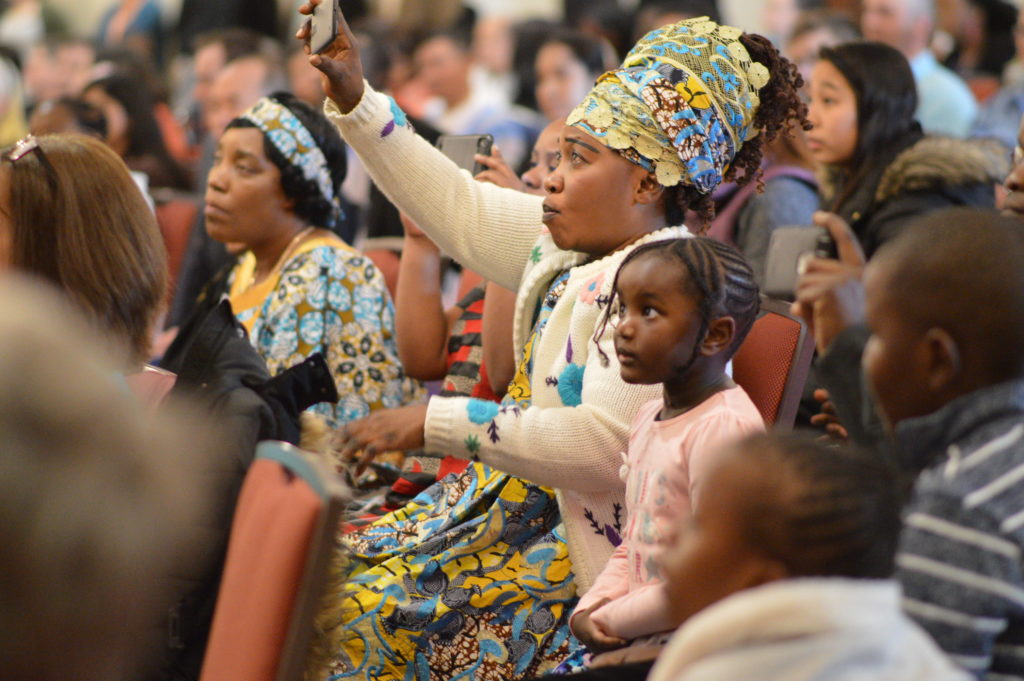 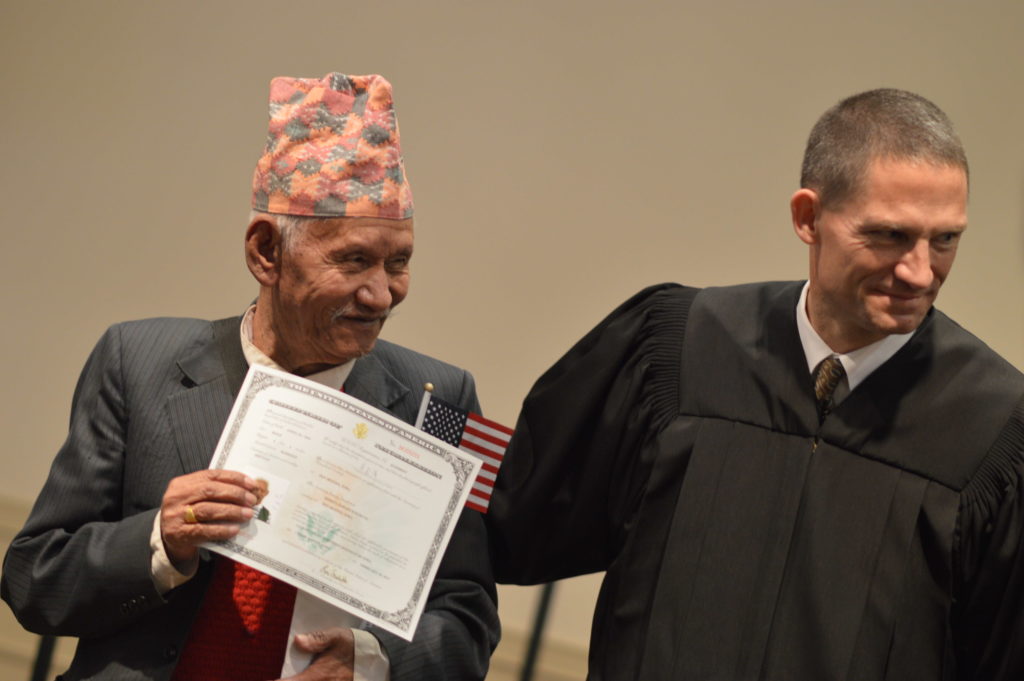 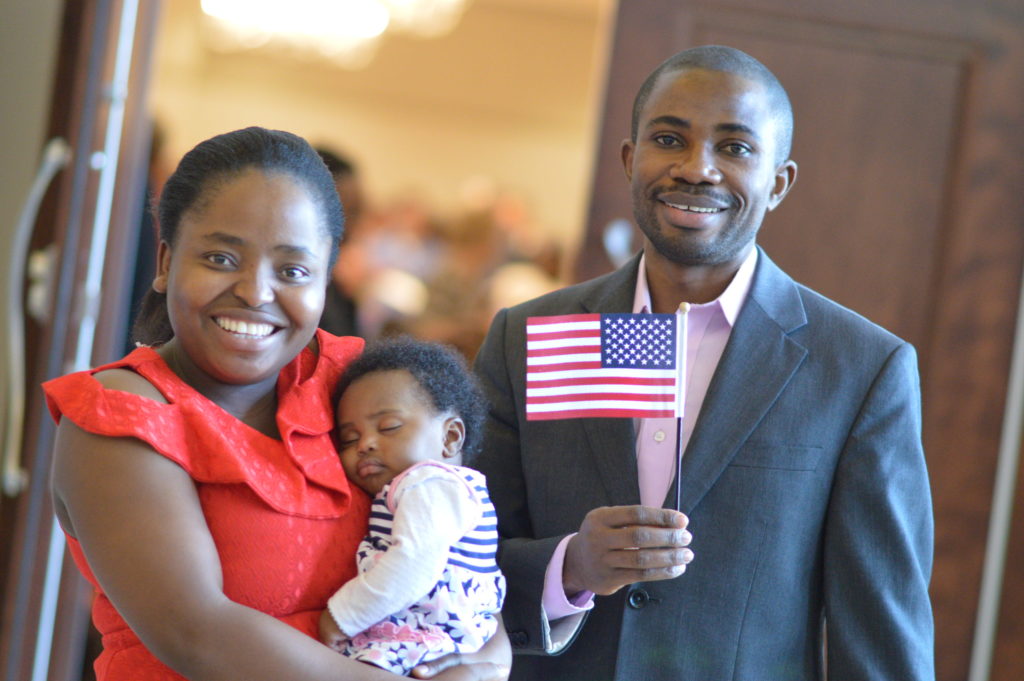 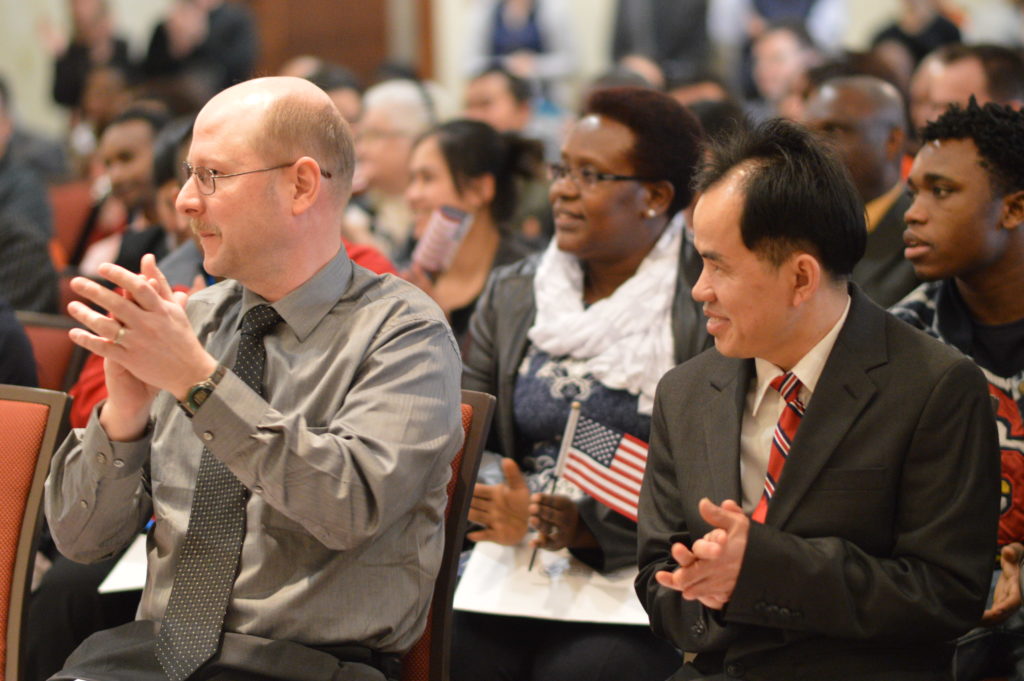 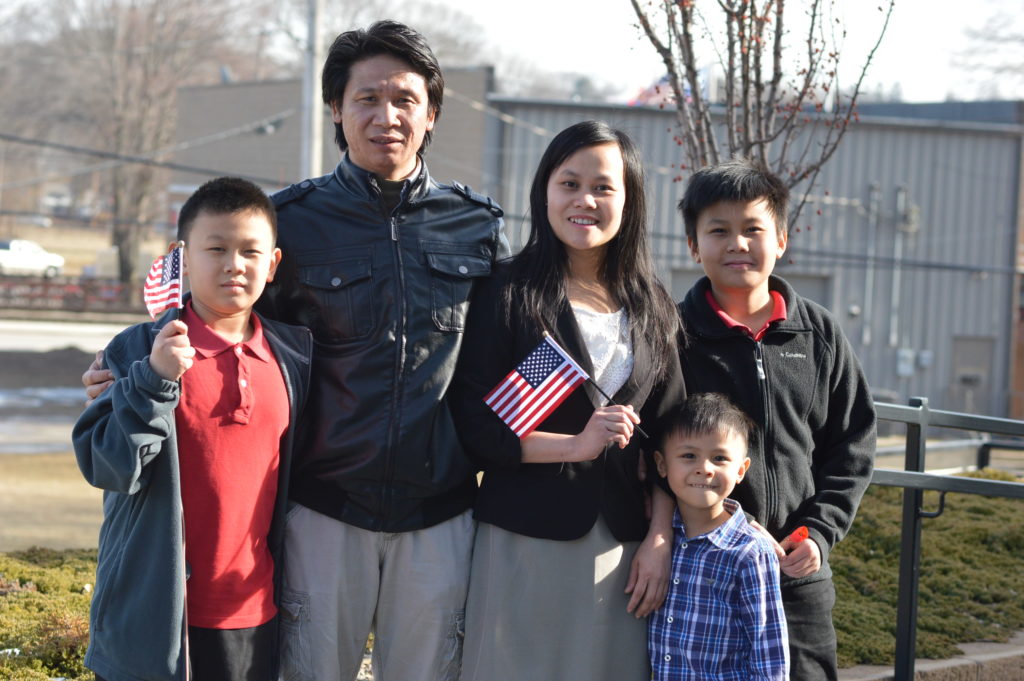 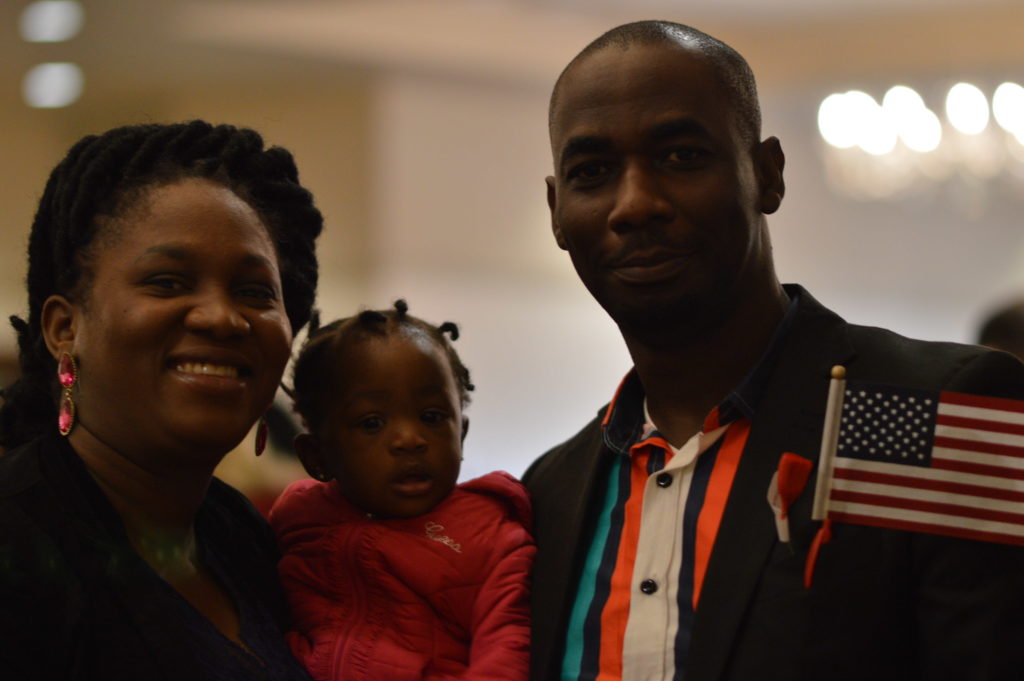 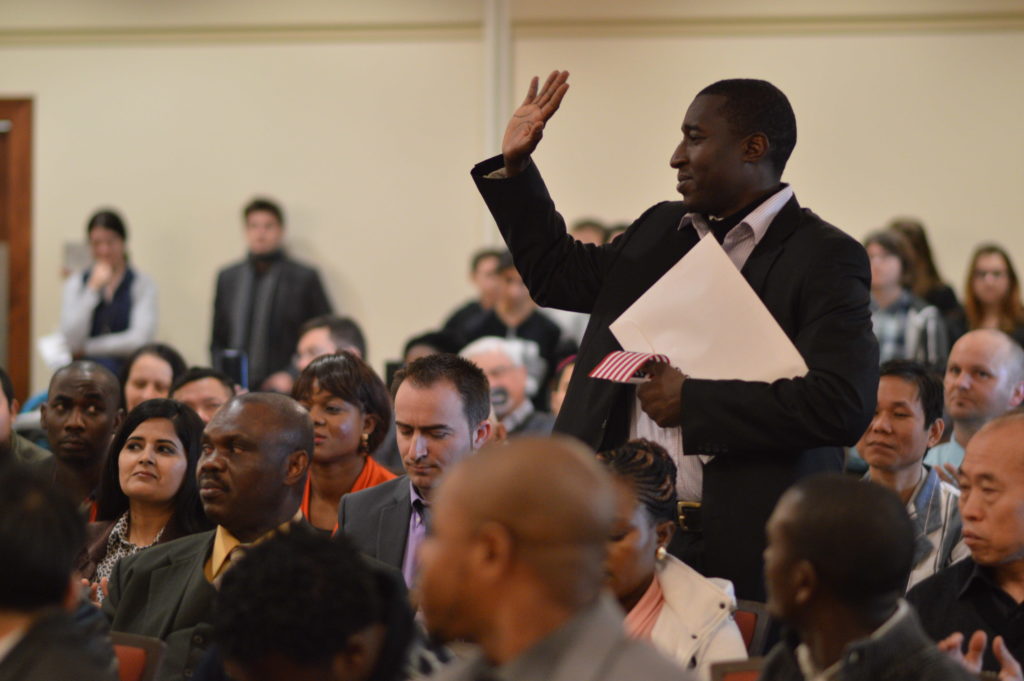 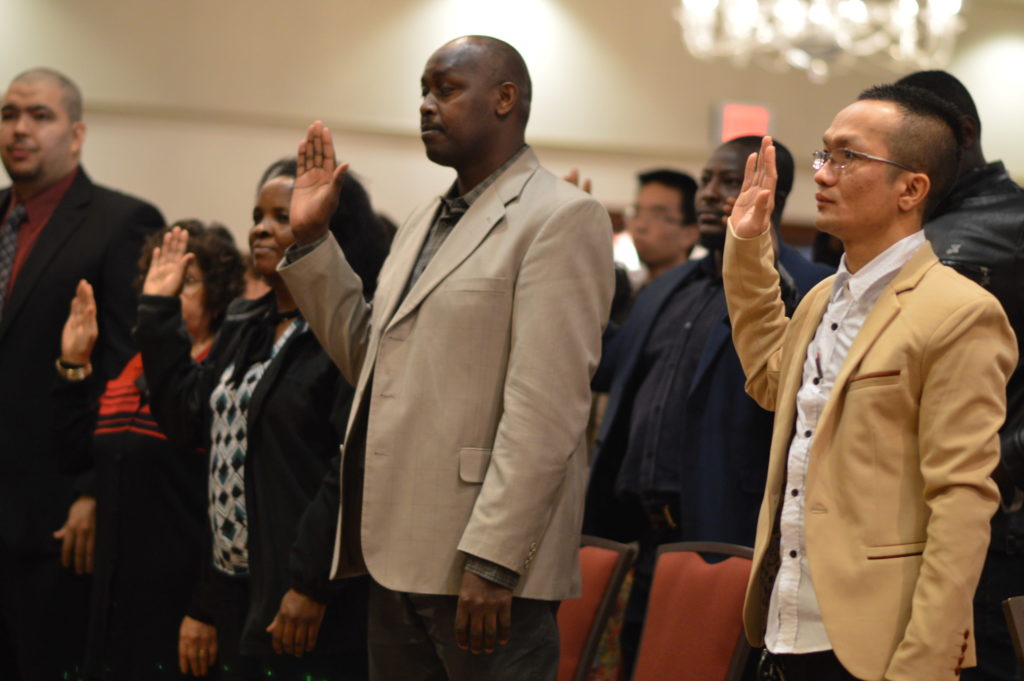 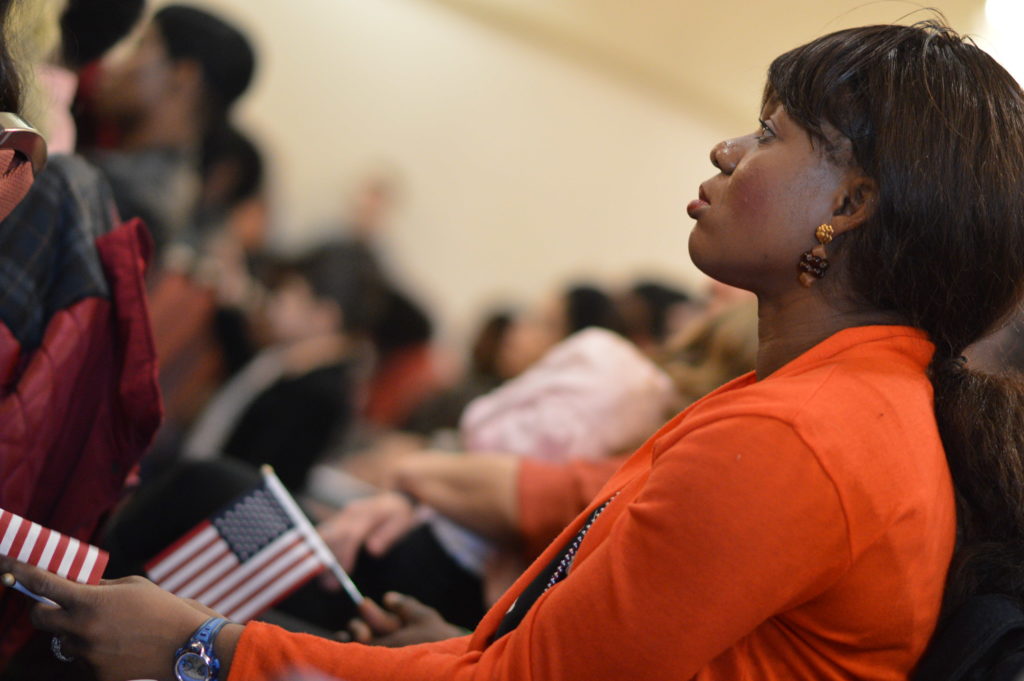 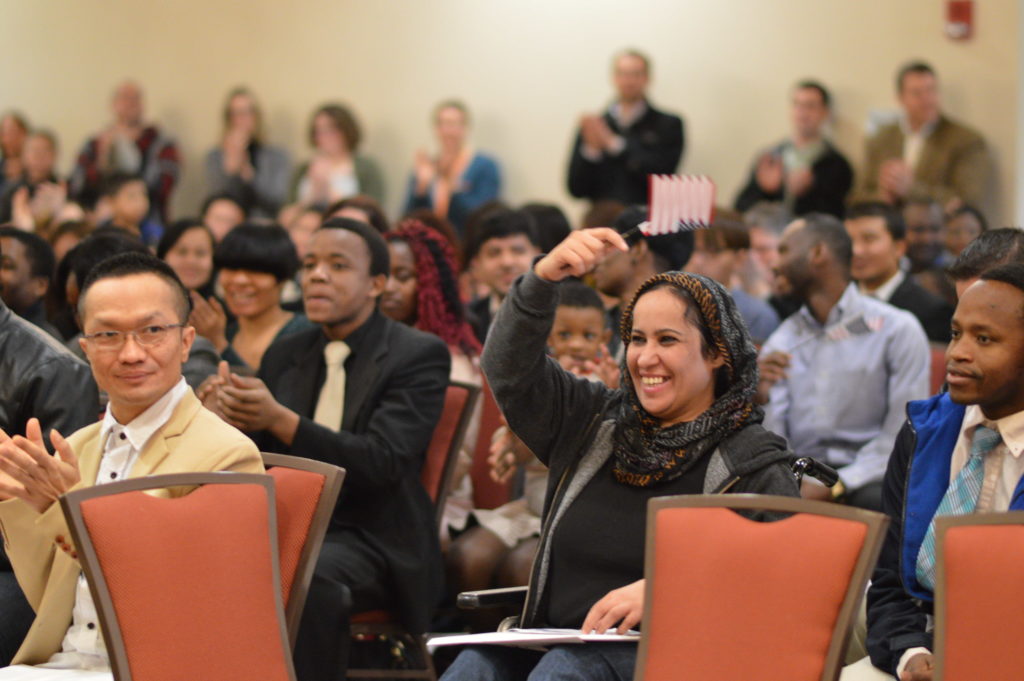