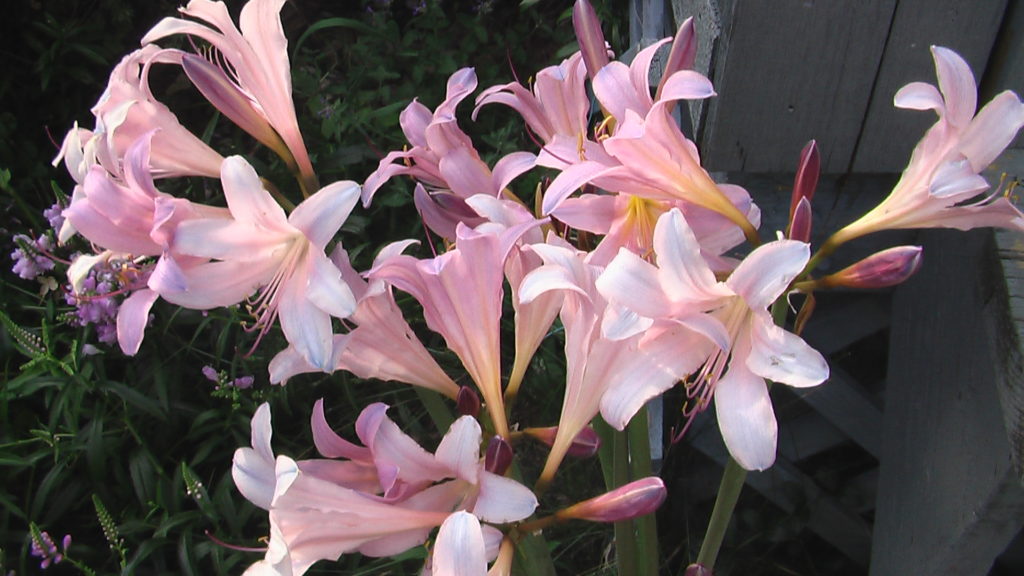 In a topsy-turvy gardening season, when June clematis are blooming in August, an Iowa favorite known as Naked Ladies have finally made an appearance.

Also known as surprise lilies among other names, the perennial flowers possess an astounding synchronicity, blooming at the same time throughout the region. 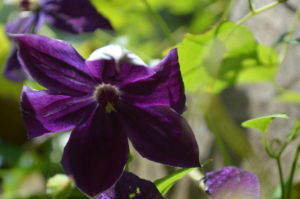 Flowers that normally bloom in June, such as these clematis, were blooming in August in Iowa. (photo/Cindy Hadish)

For the past several years, they have popped up earlier in the gardening season, even as soon as the third week in July. Seeing them the second week in August, though, seems to be on par in a year where many plants are running late.

Pretty in pink, and tinged in blue, the elegant bare blossoms appear long after the plants’ foliage has disappeared, giving rise to its “Naked Ladies” moniker.

Formally known as Lycoris squamigera and in the amaryllis family, its other names include magic lily and resurrection lily.

The plants are hardy in Iowa, growing well in full sun or even partial shade. The best time to divide the plants is after they’ve bloomed.  Dig deep to avoid damage to the large bulbs and carefully divide them.

See other types of Iowa-hardy lilies: