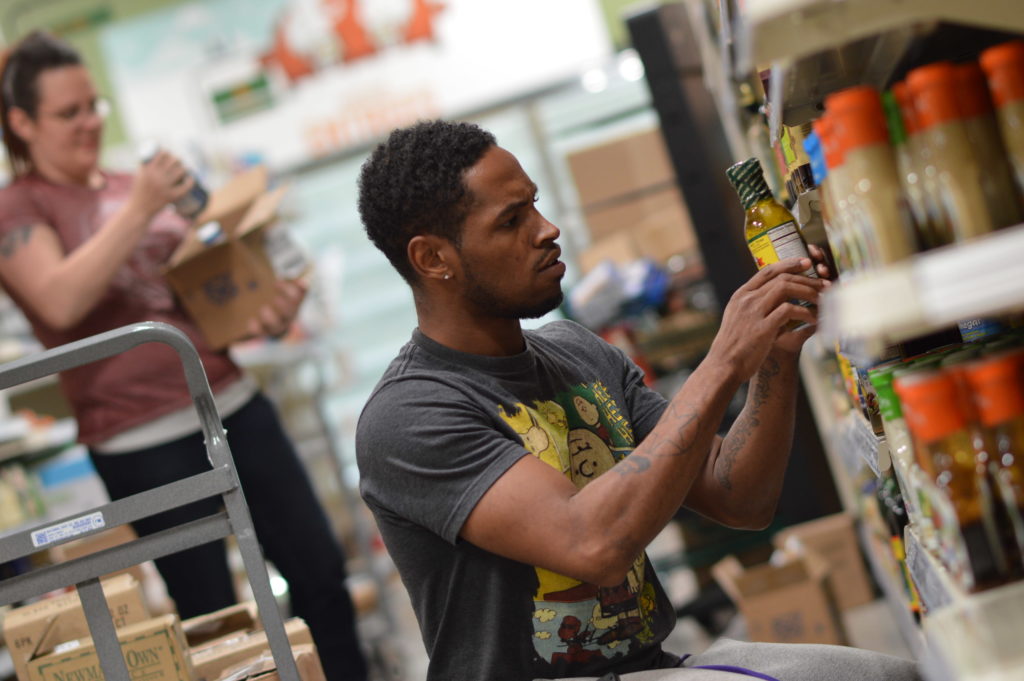 Just as a natural foods grocery chain plans four new Iowa stores, a local food co-op has closed its virtual doors and winter farmers markets kick off another season, with the absence of one longtime market.

Colorado-based Natural Grocers is set to open a store Nov. 23, 2016, in Cedar Rapids at 931 Blairs Ferry Rd. NE, followed by another in Cedar Falls next month, one in the future in Davenport and one in Iowa City next year at Highway 6 and South Gilbert Street.

The family-run chain, which launched in 1955 and now operates in 19 states, offers organic and natural groceries with no artificial colors, flavors, sweeteners, preservatives or trans-fats, along with dietary supplements and body care products and a nutritional health coach in each store.

“We believe the people of Iowa are under-served when it comes to their choices in regards to organic and natural foods, as well as their needs for high quality dietary supplements,” Kemper Isely, co-president of Natural Grocers and son of the founders, Margaret and Philip Isely, said in an email. “Our unique stores can provide Iowans with a resource to educate themselves about nutrition so that they can make healthy choices about the foods they eat and the nutritional supplements they take.”

Natural Grocers’ Cedar Rapids opening coincides with the closing this month of the Iowa Valley Food Co-op, a web-based cooperative in which consumers could order products directly from area farmers and other local producers.

Ms. Kirpes said she appreciated the five years the co-op offered the online marketplace, but found herself shopping more often at New Pioneer Food Co-op, which opened a Cedar Rapids store in December 2014.

New Pi, as its known, also has stores in Coralville and Iowa City and sells organic, natural, and local food and products, with a mission to stimulate the local agricultural production of natural and organic foods.

Regarding competition from Natural Grocers, Mr. Hartz said New Pioneer has a good understanding of the chain’s strengths and weaknesses, “and have factored them into our plans.”

He said New Pioneer’s strength is in providing support to local suppliers, and while sales in Johnson County have declined due to new and expanded competition, the Cedar Rapids store is proving to be a success.

“The overall natural foods market continues to grow, though time will tell if there is enough room in the market to support new entrants to it,” Mr. Hartz said.

Among those new entrants was The Fresh Market, which opened at a former Kmart location in northeast Cedar Rapids to huge crowds in October 2014, but closed this spring, along with a dozen other Fresh Market stores nationwide. Store leaders cited the company’s overall growth strategy and long-term financial performance for the closures.

In July 2015, the first Lucky’s Market in Iowa opened at the former Sycamore Mall in Iowa City, where it anchors the Iowa City Marketplace and offers a focus on local and natural foods, centered around affordable prices. 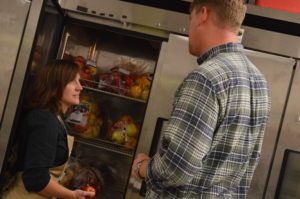 Lea Olson, board secretary for the Iowa Valley Food Co-op, talks to Marcus Johnson of Buffalo Ridge Orchard at the co-op’s last distribution day on Nov. 2. The co-op is ending after a five-year run. (photo/Cindy Hadish)

The Iowa Valley Food Co-op launched in 2011 with a mission to increase the resiliency of Eastern Iowa’s local food system by offering fresh, fairly priced, sustainably produced goods directly to consumers via an online ordering system. It offered distribution sites in Iowa City and Cedar Rapids.

Board President Jessica Burtt Fogarty said the decision to end operations was difficult.

A letter to members cited a steady decrease in participation by both producers and consumers, which caused sales to drop to the point where they were no longer sustainable.

“To revive the co-op, a significant investment in member outreach and producer recruitment was needed and we ran out of time and money,” Ms. Fogarty said.

The board felt sales decreased, she added, in part because of the greater availability of local foods through other outlets, which offer more convenience than a bi-monthly distribution.

“We are proud to have been early pioneers in creating a market for producers’ products and providing access to local foods in the Cedar Rapids market,” Ms. Fogarty said.

Board Secretary Lea Olson agreed, citing the greater availability of local foods since the co-op’s inception.

“I think we helped to raise everyone’s expectations,” Ms. Olson said. “I see that as one of the successes of the co-op.”

Compared to the co-op, Buffalo Ridge sold more fresh produce to grocery stores, colleges and other outlets, he said, “but as far as community, it’s a loss.”

Mr. Johnson said the co-op might continue its work by offering wholesale outlets for the producers at schools and elsewhere.

Buffalo Ridge also will continue to sell its apples at the Mount Vernon Winter Farmers Market, which kicked off its indoor season Nov. 5.

One longtime entity ceasing operations is Ely’s winter farmers market, which began in 2010, but decided against hosting indoor markets this year. Organizers cited a difficulty in finding vendors.

Still, other winter markets, which offer vegetables, eggs, baked goods, honey, meat and more, are continuing in Eastern Iowa, with most operating November through the spring.