Goose for a Czech Christmas 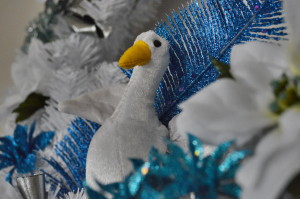 Geese played an important role in the lives of Bohemian immigrants.
(photo/Cindy Hadish)

Of all the memories of my grandparents’ farm, the geese weren’t necessarily a favorite.

To a small child, they appeared towering, and until I learned a secret from my grandmother, they seemed menacing, as well, hissing at us to keep our distance. At some point in time, grandma taught me to hiss back and from then on, I at least felt on a more level playing field with the seemingly aggressive fowl.

A memory my mom recently shared made me rethink the role the geese played at the farm and raised the positive impression I have of my late grandmother even more.

Besides hissing at my brothers, sister, cousins and me, the geese served a purpose. They were another form of income at our grandparents’ farm, near Chelsea, Iowa. Grandma would sell the geese, oftentimes for Thanksgiving or Christmas dinners, to others in the area.

I remember the fuzzy, gangly goslings kept warm inside boxes in the farmhouse, but didn’t recall what mom did regarding their origin.

In addition to being a seedsaver before it was trendy, grandma also was particularly resourceful when it came to raising geese.

Mom said grandma knew when the geese would lay their eggs and would find the nests — wherever they might be on the farm — and gather the eggs before the geese sat on them.

The eggs were eventually given to “setting hens” those older hens that didn’t seem to serve a purpose around the farm anymore, but in reality, did. The hens kept the eggs safe inside a special henhouse where they were content to sit on and thus incubate the eggs.

Taking the first eggs from the geese encouraged them to lay more, so grandma would end up with a good number of goslings in the spring.

I imagine the goose egg technique was one she learned from her parents, and given our Czech heritage, possibly was among the knowledge brought over from Bohemia. The other side of our family has connections to the Goosetown neighborhood in Iowa City, named for the geese kept by Bohemians in the north part of the city when it was settled in the 1850s. So even for the urban Czechs, geese played an important role. 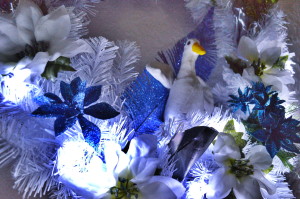 Wreaths will be raffled off to benefit youth programs of the Czech Heritage Foundation. (photo/Cindy Hadish)

My Czech ancestry remains a significant part of my life; I’m among the many active board members of the Czech Heritage Foundation, based in Cedar Rapids, and I chair the foundation’s Czech Royal Court program. One of the group’s annual fundraisers is a wreath raffle that takes place during the Old World Christmas Market at the National Czech & Slovak Museum & Library.

The market runs from 10 a.m. to 5 p.m. Saturday, Dec. 5, and 10 a.m. to 3 p.m. Sunday, Dec. 6, 2015, at the museum, in Czech Village at 1400 Inspiration Place SW, Cedar Rapids. The drawing for the winners of the wreaths will be held at 2 p.m. that Sunday. Many other gifts will be offered for sale during the event and if you look closely, you just might find a wreath inspired by the geese on my grandparents’ farm. 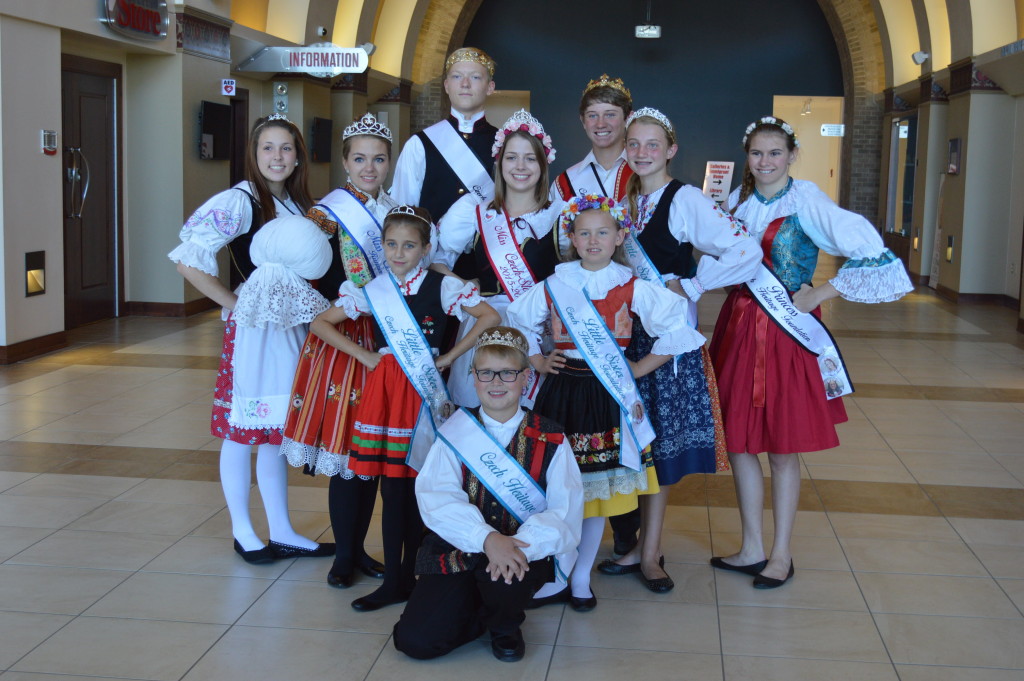 The wreath raffle benefits the youth programs sponsored by the Czech Heritage Foundation, including the Czech Royal Court. (photo/Cindy Hadish)