Rebirth of an environmental movement in Iowa 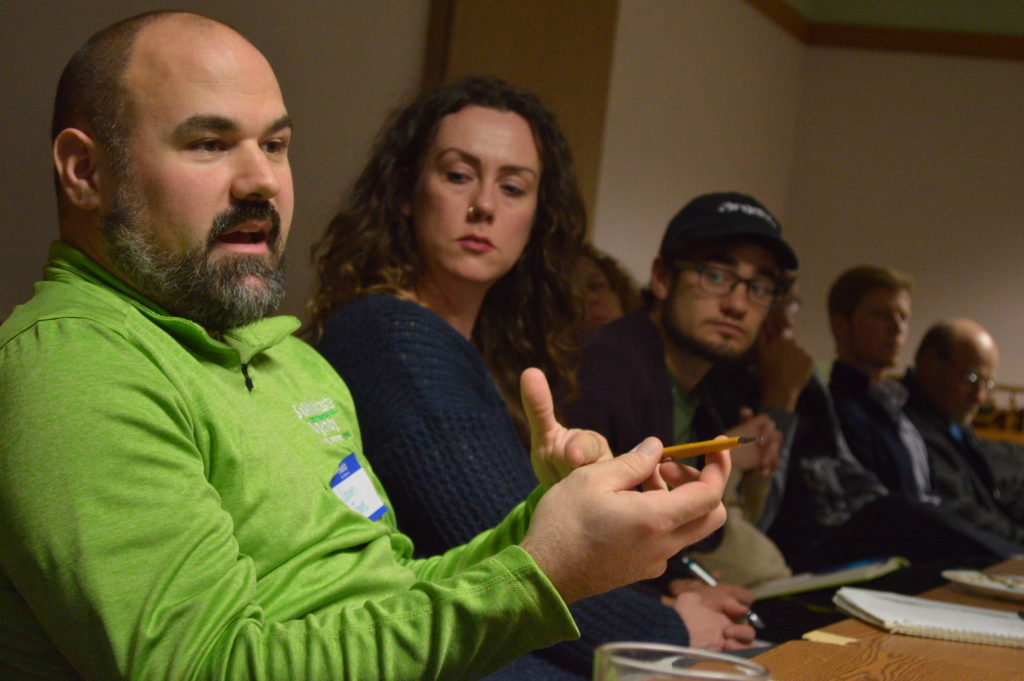 HIAWATHA – A “green” coalition that sparked EcoFest, a popular Earth Day celebration, is being revitalized to face watershed and water quality concerns, climate change, infill development and other environmental issues.

Thirty representatives of environmental groups, students, businesses and county and city staff met last week at Prairiewoods Franciscan Spirituality Center in Hiawatha for the rebirth of the Corridor Conservation Coalition.

The umbrella group originated around 2005 to share information and band together to address environmental concerns in the community.

Out of those efforts, EcoFest was born. The annual celebration is now held in New Bohemia in Cedar Rapids every April, featuring documentaries, live music and more.

Mike Wyrick, chairman of the Cedar-Wapsie Group of the Iowa Chapter of the Sierra Club, led last week’s meeting.

“There are lots of ways to work together,” Wyrick said, citing a candidates forum hosted by the coalition in its early days. 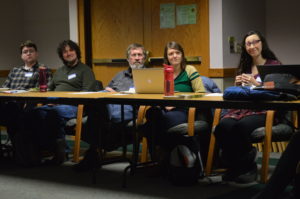 Representatives of environmental groups and others listen during the Corridor Conservation Coalition meeting at Prairiewoods. (photo/Cindy Hadish)

The group came up with a list of more than a dozen issues that the coalition might address, including pending legislation in Iowa, such as a repeal of the Bottle Bill.

Iowa’s grocery industry has lobbied to repeal the 40-year-old bill, which instituted a nickel deposit on carbonated drinks and alcoholic beverage containers.

Jason Evans, education director for the Cedar Rapids/Linn County Solid Waste Agency, said moving containers into the curbside recycling stream would result in higher costs for sorting, which would be passed on to consumers.

Others noted that before the Bottle Bill, Iowa’s streams, ditches and roadsides were littered with beverage containers, adding that some nonprofits gather the containers for fundraisers.

Confined Animal Feeding Operations, composting, transportation, walkability and a sensitive areas ordinance are among other issues the group plans to address.

The coalition will form sub-committees to regularly meet on political, educational and “action” items and plans to meet quarterly as a full group.

Anyone interested in joining the coalition or attending a meeting can contact Mike Wyrick at: mikewyrick@gmail.com or (319) 350-1063. 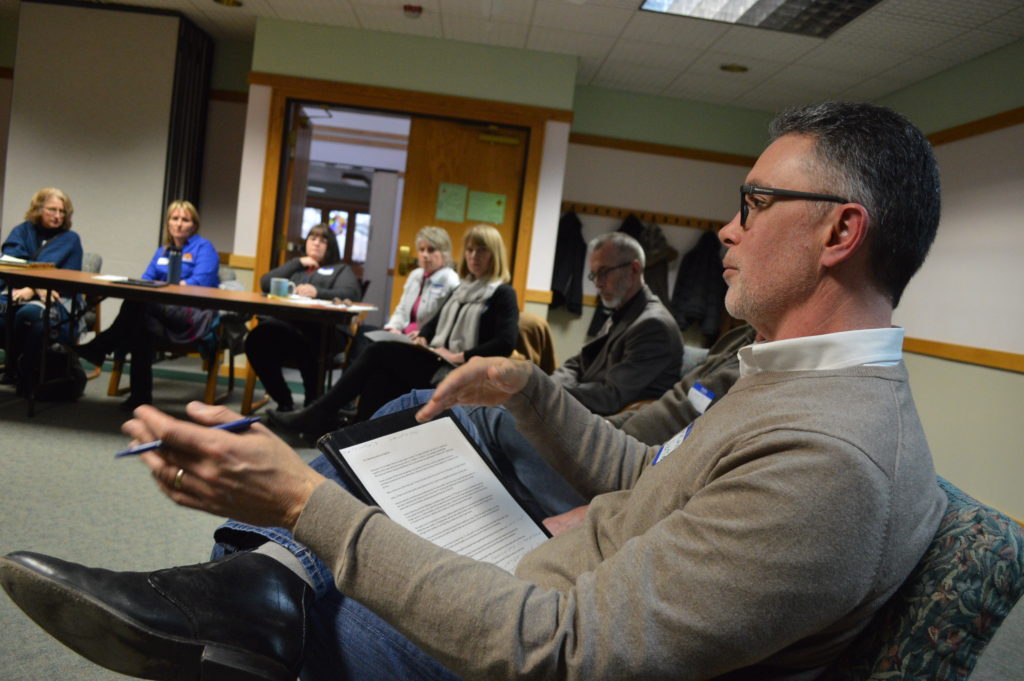 Mike Wyrick of the Sierra Club speaks during the “rebirth” meeting of the Corridor Conservation Coalition. (photo/Cindy Hadish)